The New York Times' 'The Truth Is Hard' Campaign: Getting to the Story

May 24, 2017 02:00 AM
"The Truth Is Hard" campaign reminded advertisers and readers about the role of journalism in the world, The Times' Meredith Kopit Levien tells Drew Neisser. 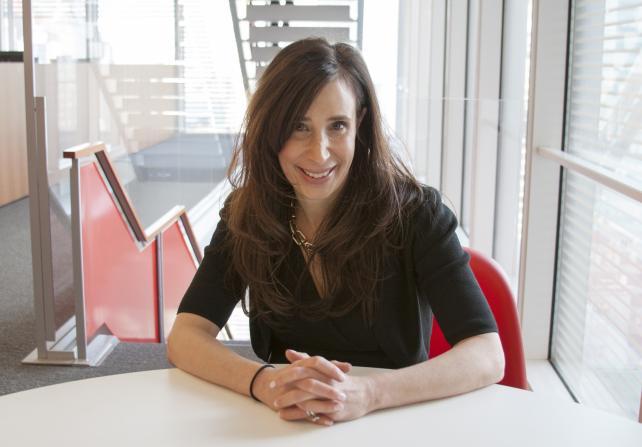 About 18 months ago, Meredith Kopit Levien and her team at The New York Times made a bold decision. "We needed to start thinking about The New York Times as a consumer brand, and take its power as a brand much more seriously," she says. As chief revenue officer, Kopit Levien understood that for The Times to continue providing value to advertisers and readers, it would need to innovate and transform consumer expectations.

"There was always this sense that we had this opportunity … to begin to behave more like a world-class consumer brand," she says. They hired talent with extensive brand experience, and dug deep into their brand definition with the help of the newsroom to stay true to the "product." Eventually, they settled on a simple brand statement: The Times helps people understand the world.

And then, the 2016 U.S. presidential election arrived at The Times' doorstep. Literally, if you'll remember. "The news became the news," says Kopit Levien. "We had an extraordinary moment in terms of news cycle. We saw our traffic and engagement go to a place beyond anybody's expectation." The team also recognized an opportunity to reiterate why journalism matters.

From this extraordinary set of circumstances came The Times' "The Truth Is Hard" campaign, which began during the weekend of the Oscars. The first iteration was a series of ads reminding the world about the role of journalism in holding power accountable and delivering the truth.

If this first phase of the campaign was the "why" of The New York Times, phase two is the "how." Launched just a few weeks ago, it focuses on the craft of journalism at The Times, recounted in a short film series by Darren Aronofksy. Each film portrays the lengths that journalists go to capture stories like the Ebola outbreak, or the risks that they take to cover the war in Iraq.

"It's about the commitment, the resources, and the expertise that it takes to cover the world and to find the truth," Kopit Levien says. "And to do so in a way that people can believe in and trust; in a way that gives people a tool to help make sense of what's going on around them."

Kopit Levien's team had a difficult time settling on the final featured stories. Given a daily volume of 200 to 250 stories -- not to mention several Pulitzer prizes' worth of photojournalism at their disposal -- it's not hard to imagine why. Those chosen eventually came to life not only through Aronofksy's films, but also through print and a plethora of display work.

Social media plays an important role in the campaign, and to the publication's overall marketing activities. In particular, Kopit Levin touts Facebook for its effectiveness in the lower customer funnel, a billions-strong user base and the ability to target the right readers. The Times also publishes daily on Snapchat Discover.

"The digital business that we run today requires that we have a direct relationship with our users," she says. While The Times's proprietary app lives on millions of mobile home screens, Kopit Levien explains that social is invaluable for driving sales. "We are most focused on that: building subscriptions and also selling advertising."

"The Truth Is Hard" campaign, however, is a little different than a one-and-done product push. Kopit Levin explains that it's simply the first in a long game to encourage the public to pay for news -- a complete category shift. "We did not enter into the current brand campaign with an expectation that we would change behavior quickly," she says. "This is brand work, it is not direct marketing work."

Nevertheless, The Times experienced record subscription growth in the first quarter of 2017. Digital advertising also showed strong numbers. "There is a small number of people in the United States and a small number of people in the world who directly pay for news, and we are looking to change that," says Kopit Levien. "And that is a long game, and it's a game we intend to play for a while."

The Times needed to take its own "power as a brand much more seriously," Chief Revenue Officer Meredith Kopit Levien tells Drew Neisser.