Can You Drop This Off on Your Way Home? Walmart Tests Delivery by Store Employees

June 01, 2017 02:20 PM
Walmart has picked up ground lately on Amazon at considerable cost. Now it's looking to save by having employees drop packages on doorsteps on their way home. 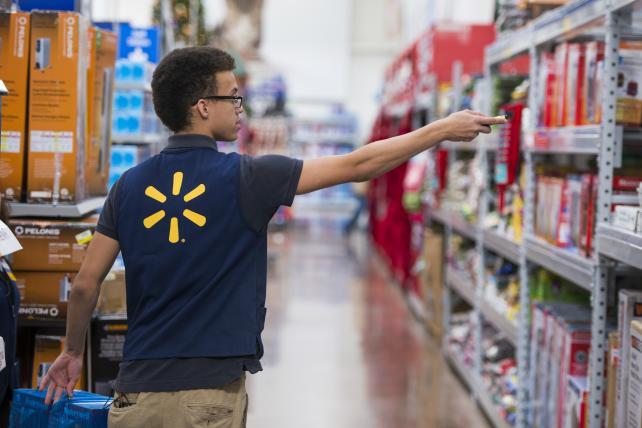 Walmart has a new idea for beating the high cost of shipping e-commerce packages – paying store employees to deliver them on their way home.

The program aims at using one of Walmart's biggest assets – more than a million U.S. store employees – to help close its big e-commerce sales gap with Amazon. Walmart has more than 4,700 stores, putting potential delivery nodes within 10 miles of 90% of the U.S. population.

In a test that launched a month ago in two stores in New Jersey and one in Northwest Arkansas, employees can opt in to deliver packages on their way home for extra pay. They use an app that offers opportunities to deliver up to 10 packages per commute.

In a news conference in Bentonville on Thursday, spokesman Ravi Jariwala said the program is entirely voluntary. He declined to specify the pay, but said finding the right compensation is part of the test. And he said the retailer will comply with all applicable state and federal labor laws, such as those covering overtime.

"It just makes sense," said Walmart E-Commerce chief Marc Lore in a blog post. "We already have trucks moving orders from fulfillment centers to to stores for pickup. Those same trucks could be used to bring ship-to-home orders to a store close to their final destination, where a participating employee can sign up to deliver them to the customer's house."

Walmart e-commerce is on a roll, with eye-popping 63% sales growth last quarter -- more than half of it organically from the legacy Walmart.com business rather than Jet.com acquired last September. Dropping the annual membership fee for free two-day delivery and offering discounts for picking up products in store have fueled that growth. But those things also add costs to an e-commerce business that has yet to make a profit.

Employees will wear their vests during the home commute/delivery trip and knock on doors of recipients, Jariwala said. If they're not home, employees will leave the package on the doorstep and take photos with their phones as proof of delivery.

Employees who volunteer for the program will get background and motor-vehicle safety checks. Walmart previously has considered having customers deliver e-commerce packages -- but having employees do the same thing adds an extra element of control.

Walmart also continues tests launched last year in Phoenix and Denver with Uber and Lyft to have their drivers deliver its packages to homes. But unlike "crowdsourced solutions" where drivers have to go out of their way to pick up and then deliver the packages, Lore noted that Walmart employees start from the shipping site and will be using routes that don't take them out of the way.

"I'm sure you can imagine how we can leverage these types of last-mile innovations in the future to deliver items offered in our stores to customers the same day," Lore said.

Walmart employees are delivering e-commerce packages on their way home in three-store test.