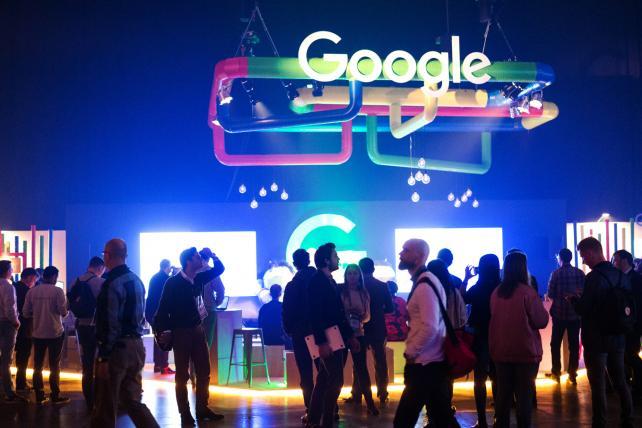 Google was accused in a lawsuit of systematically paying male employees more than females, adding the internet giant to a growing list of technology companies sued for gender discrimination.

Three women who worked at Google in recent years sued in San Francisco Superior Court alleging that the company continues to pay women less than men for equal or similar work, according to a copy of a complaint provided by their lawyer. The filing couldn't be immediately verified in court records.

The case comes as the tech industry has been bombarded with accusations of sexism and sexual harassment. Microsoft and Twitter were both sued in 2015 on behalf of female engineers claiming men are favored for advancement. That's the same year Ellen Pao put Silicon Valley's male-dominated culture front and center during a trial pitting her against the venture capital firm Kleiner Perkins Caufield & Byers. She claimed there was a sexually charged atmosphere where men preyed on their female coworkers and that she'd been blocked from promotion and fired for her gender. She lost, but the trial rallied other women to speak out.

The proposed class-action seeks to represent all women who have worked at Google in California during the last four years. The company violates the state's Equal Pay Act by paying women lower wages than men who perform similar work and have the same experience and skills, according to the suit. Google has been well aware of the problem for years but perpetuates it by promoting women less frequently, the women say.

A Google representative had no immediate comment on the suit.

One plaintiff, software engineer Kelly Ellis, worked at Google's Mountain View office from about May 2010 to July 2014, according to the complaint. Another, Holly Pease, performed a variety of managerial roles at two of Google's offices from 2005 to 2016. The third, Kelli Wisuri, worked as a sales communications specialist and "brand evangelist" from late 2012 to early 2015. They allege Google kept them in "job ladders" that had lower compensation ceilings than men with similar skills.

The suit cites data from a 2015 review of Google's employment practices by the U.S. Department of Labor's contract compliance unit that's the subject of a separate federal administrative complaint against the company. The agency performed a statistical regression analysis of the pay for roughly 21,000 employees at the company's Mountain View office for 2015, according to the complaint. The analysis "found systemic compensation disparities against women pretty much across the entire workforce," according to the suit.

Google is among Silicon Valley companies that have struggled in recent years to diversify their predominantly white and male make-up. According to the company's most recent demographic report, 69 percent of its workforce and 80 percent of its technical staff are male. The report shows the proportion of women in technical and leadership positions has increased 1 percent since last year.

The Alphabet unit is simultaneously mired in controversy over its firing of a male engineer who criticized the company's diversity policies for ignoring differences between the sexes. James Damore, who ignited a firestorm in August with a 10-page memo blasting Google's "left bias" for creating a "politically correct monoculture," has said the company "shamed" him for the views expressed in the memo and has filed a complaint with the National Labor Relations Board. Google has denied Damore's allegation that its hiring practices are illegal.

Add the internet giant to a growing list of technology companies sued for gender discrimination.