Twitter Promises to Silence Trolls, Making the Platform Less Toxic for Brands Too

February 07, 2017 04:15 PM
Twitter is taking new steps to clean up the conversation, a move that could provide relief to marketers who are often under siege on the platform. 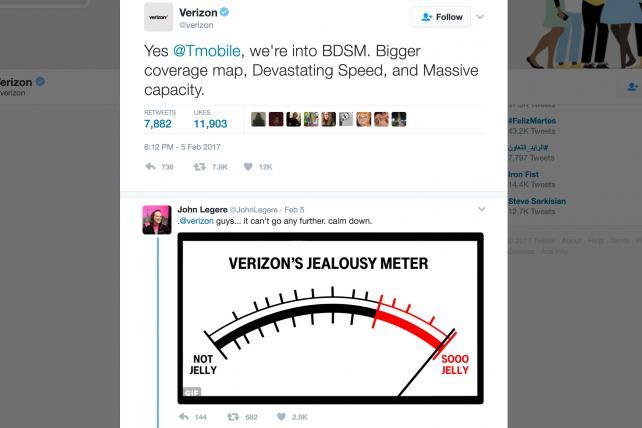 Twitter is taking new steps to clean up the conversation, a move that could provide relief to marketers who are often under siege on the platform.

The toxic tone on Twitter has been one of its most discouraging qualities -- a problem it has been trying to control for years.

Users often complain of harassment and bullying behavior, and it's certainly impacted brands that sometimes face a storm of negativity.

It's an atmosphere that can make a marketer reconsider where it wants to spend time.

On Tuesday, Twitter said it would redouble efforts to clamp down on the most offensive users. It plans to better identify abusive users and prevent them from creating new accounts.

Also, it will hide offensive tweets more effectively, and try to prevent those types of tweets from showing up in search results.

"This change will further promote the level of engagement on Twitter," said Robert Lang, CEO of Socialbakers, a social media data company, in an emailed statement. "And that is a huge plus for brands trying to interact with customers online."

"There aren't many positive tweets on Twitter," said one executive from a top ad agency. "It's not a breeding ground for the kinds of things brands really like, and they can end up in that same negative space, which is not a space they want to be in very long."

The agency exec, who works with major brands devising social strategies, agreed to speak openly about the platform on condition of anonymity. The sentiments, however, reflected the outlook of a number of marketers.

Even brands can get sucked into tweet-wars, like T-Mobile and Verizon during the Super Bowl, who got into a spat over network speeds that somehow turned into a back-and-forth related to bondage and sado-masochism.

"It got weird really quickly," said Noah Mallin, head of social at MEC North America, who questioned how much that kind of banter helps brands.

It is still the platform for brands to get involved in real-time conversations whether that's about politics or the Super Bowl.

"Twitter always has a great leg up if you want to see what people are saying in the moment," Mr. Mallins aid.

Twitter itself has identified the mean streaks on the platform as a major setback, one that former CEO Dick Costolo tried to rectify and ultimately took blame for never tackling effectively.

The service has suffered from lackluster user growth and slowing growth in ad sales, and it is trying to orchestrate a rebound.

Also, it is not alone in the fight against so-called trolls -- if the presidential election showed anything it is that there is a general problem with civility wherever conversations take place online and off.

In Twitter's favor, the election also proved how relevant the platform still is. President Donald Trump basically runs his public communications through the site, and all the attention could have helped Twitter's user numbers, updates of which will be reported during its quarterly report this week.

Aside from sometimes vitriolic conversations, Twitter has also had trouble defining itself and it has trouble retaining newcomers.

The company is now emphasizing its utility as a media service, where people keep up with must-see events, rather than being a place to socialize with friends.

"I think the burning question should be, is this an environment consumers value," said Jill Sherman, head of social at DigitasLBi, in an email. "If there comes a point that consumers say, this is too chaotic or I really only care what my friends think, Twitter will have a problem. But as it stands, people seem to like the energy and unpredictability of the platform during live events."

Twitter is taking steps to clean up the conversation, a move that could bring relief to marketers who are often under siege on the platform.