Under Armour in a Box: Sportswear Brand Debuts Subscription Service

October 19, 2017 06:04 PM
Under Armour is starting its subscription service the same week that Stitch Fix has filed for an IPO 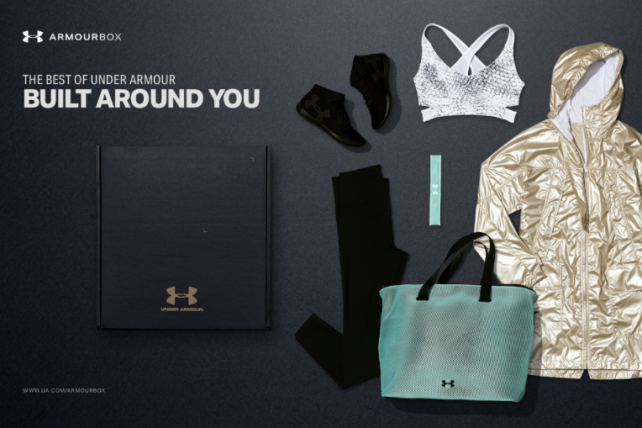 Under Armour is debuting a subscription service.
Credit: Under Armour

Baby clothes, kids clothes, professional attire—and now, sportswear. Under Armour is getting into the subscription game with a new mailed offering where consumers receive a box and keep only what they want. This is a first for the Baltimore-based brand, which is calling the new product the ArmourBox.

Consumers can opt into the service, which does not include shipping fees, every 30, 60 or 90 days. After completing a personal profile, they'll then receive a selection of products picked by one of Under Armour's stylists. The company is using an artificial intelligence system to help stylists make recommendations based on the consumer's profile and user data.

An Under Armour spokeswoman did not return a request for comment about the marketing behind the product or the prices.

The trendy brand has struggled against increased competitors in recent months. Though the company reported second-quarter revenue of $1.1 billion, a 9 percent increase, it also had its second quarterly loss. The brand laid off about 280 jobs as part of a restructuring earlier this year. Now it will have to contend with Amazon, which is getting into the athleisure space with its own in-house brand.

Subscription services have proven popular with shoppers enthusiastic for the surprise of a monthly box and willing to let someone else do the heavy lifting of product selection. One of the most well-known services, Stitch Fix, which was founded in 2011—and debuted its first national ad campaign earlier this year—filed for an initial public offering on Thursday. In documents submitted to the SEC, the company cited sales for the year ending July 29 of $977.1 million, a 33 percent rise over the year-earlier period. Other startups like MM LaFleur, which targets affluent working women, and Rockets of Awesome, which sells kidswear and was founded by Rachel Blumenthal, who is married to Warby Parker co-founder Neil Blumenthal, have also seen success. Meanwhile, another mainstream retailer, the Gap, has started a service for babywear.

Yet such apparel businesses are still nascent in their penetration—only 1 percent of people who subscribe to something subscribe to clothing subscriptions, according to Forrester Research. And roughly a quarter of online shoppers say they would be interested in such offerings, Forrester found.

Under Armour is starting its subscription service the same week that Stitch Fix filed for an IPO.