October 17, 2016 08:00 AM
Dave Luhr and Colleen DeCourcy are evolving the shop's nine-person partner model into a 24-person "stakeholder" group. 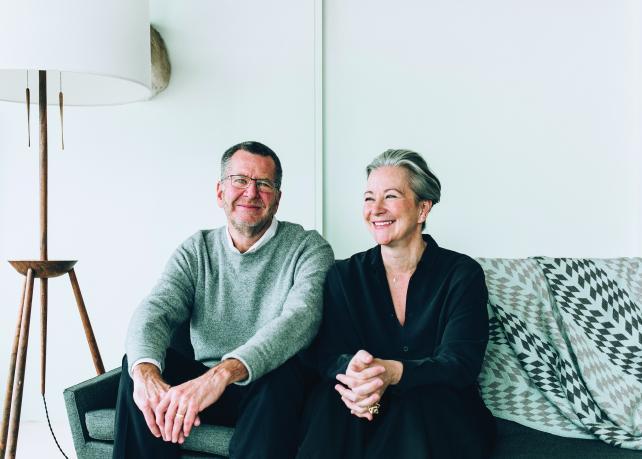 Wieden & Kennedy's Dave Luhr and Colleen DeCourcy have created a vastly expanded, more diverse leadership team as part of their vision for the next generation of the agency. And it involves spreading the wealth.

Mr. Luhr, global president of W&K, and Ms. DeCourcy, who is shifting from global executive creative director to global chief creative officer, are evolving the shop's nine-person partner model into a 24-person "stakeholder" group. While the privately held agency declined to discuss what type of equity or financial stake these execs will receive, Ms. DeCourcy said the new structure lets its stakeholders "share in our equity in a nice way."

"This place has always been frustratingly nonhierarchical, so the ability to incentivize people against their progress and for that connection to be short and immediate for them is quite inspiring in a world where more people want to be entrepreneurial and want to know something they directly did had impact on the company," she added.

"It's a big move and it's a reflection of how we've grown and how we've spread the culture of Wieden & Kennedy across the world," said Mr. Luhr, who said "stakeholder" and "partner" are not legal terms.

Historically, the power at W&K has resided in Portland, Ore., and squarely under co-founder Dan Wieden. And the nine agency partners were located in only Portland and London. But in recent years, the shop has moved to be more inclusive. This began in 2013 when Mr. Luhr and Ms. DeCourcy were quietly tapped to lead the independent agency and Mr. Wieden shifted into the role of chairman.

In her new post, Ms. DeCourcy will retain all of her previous responsibilities; the updated title is intended to make the agency's structure more relevant and distinguish the fact that she is the sole global creative lead.

"It was our vision to think about this next generation and identify the talent we have to take it to a second-generation agency," said Mr. Luhr. "Dan has been slowing down for a number of years, and increasingly Colleen and I have been making the decisions, and Dan's very happy with his role of chairman."

"I am so damn proud of this place," said Mr. Wieden in a statement. "We started as a ship of fools, and that, I quite firmly believe, is why we have succeeded for almost 35 years. But I really never thought we would be talking about the next 35. The hope is always that the next generation does better than the one before them. I think under the leadership of Dave and Colleen, and this inspiring group of new stakeholders, we just might be onto something."

The revamped leadership team includes a mix of executives from various worldwide W&K offices across a range of disciplines, such as creative, strategy and publishing.

Mark Fitzloff and Susan Hoffman, who both led global creative for W&K alongside Ms. DeCourcy in the past, will continue serving in their most recent roles as executive creative directors of Portland, the agency's largest office. Both Mr. Fitzloff and Ms. Hoffman are part of the stakeholder team.

Additionally, W&K has upped Kim Papworth from exec creative directorof London to exec creative director of emerging markets (China, India and Japan), reporting to Ms. DeCourcy. Mr. Papworth will work alongside Karrelle Dixon out of London, who became director of emerging markets six months ago after serving as the global account lead on Nike. W&K's new global Nike lead is Chris Willingham, based in Portland.