Is Google in Cahoots With Clinton Campaign? Doubtful, but Question Persists 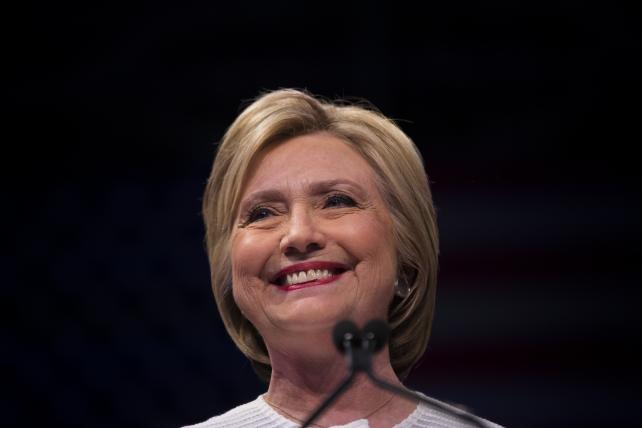 The charge centers on the suggestions that Google makes as people type in its search bar. Start entering "Fast and Furious," for example, and Google will propose a search for the movie's full name long before you're done.

What happens when things get political? Presumptive Republican presidential nominee Donald Trump frequently calls Ms. Clinton "crooked Hillary," but Google's autofill will recommend searches for "crooked hill bees" and "crooked hill townhomes" long before it gets to that nickname, which appears only after you nearly finish typing the whole thing.

The second largest search engine, Bing, and the third, Yahoo, don't have the same hesitation before proposing "crooked Hillary."

Google will suggest "Lying Ted," Mr. Trump's nickname for GOP Senator Ted Cruz, long before you type the whole thing out. Nor does Google hold back on autocompleting a search for "Trump idiocracy."

"The autofill is pretty good," said Larry Kim, founder and chief technology officer at Wordstream, a search marketing company. "Even trending topics find their way into the autofill pretty quickly. But the official word is Google is not censoring, but this does seem a little unusual."

Like Facebook, opaque processes at Google make it hard to tell what's going on for sure. The subject percolated on Reddit, Vice and Search Engine Land last week and, despite Google's assurances that nothing untoward was going on, is racking up views for Discovery Communications' SourceFed on YouTube this week.

On balance, it seems that Google errs on the side of keeping certain negative terms out of its suggestions, regardless of political party. Google won't suggest "Hillary Clinton crime," despite Mr. Trump's assertions that she's a criminal, but then again it won't propose "Al Capone crime" either.

And it "protects" Mr. Trump in some ways better than Bing or Yahoo does. Despite a lot of talk about whether a President Trump would usher in some form of fascism, for example, Google does not autocomplete "Trump fascist." Bing and Yahoo do.

A person familiar with Google's systems said the search provider does not autofill searches like "Hillary Clinton crime" because "crime" is an offensive term when it is associated with a name. Google's search system is not intelligent enough to know who has truly committed crimes and who hasn't, so "crime" shouldn't trigger for anyone in autofill unless there's a bug, the person said.

But it's unclear whether Google treats "crooked" similarly to "crime."

"Google autocomplete does not favor any candidate or cause," a company spokeswoman said in an email. "Claims to the contrary simply misunderstand how autocomplete works. Our autocomplete algorithm will not show a predicted query that is offensive or disparaging when displayed in conjunction with a person's name. More generally, our autocomplete predictions are produced based on a number of factors including the popularity of search terms."

She declined to elaborate.

Google can settle in for a long campaign season.

"It sounds like Google has simply manipulated their algorithm to favor positive adjectives and descriptors via autofill," said Chris Tuff, exec VP-director of business development at 22squared, in regards to terms like "crooked Hillary" being omitted. "These 'black boxes' heavily influence consumers since they're such a large part of our daily lives in the way we pursue information and communicate. This will not be the last time technology companies get cross-hairs for manipulating algorithms for public sentiment."

Even though differences among search engines aren't likely sinister, the results do matter, said Joe Reinstein, head of integrated services at Performics. "It's important to note that each search engine has a different user base and uses different algorithms, so results always tend to vary," Mr. Reinstein said. "But there is certainly a powerful role search can have in influencing elections."

Google's autofill function really makes you wait before suggesting a search for "crooked Hillary," but Bing and Yahoo don't.