How to Drive B-to-B Loyalty by Celebrating Customers

At Time Warner Cable Business Class, "the customer knows best" is better rephrased to "the customer shows best." After overhauling its approach to messaging over the past few years, TWCBC has turned the cameras to its customers, a base of small- to medium-sized business owners, giving the most loyal among them the opportunity to tell their success stories to an audience of millions. 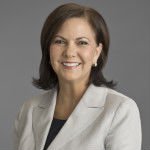 And it has been working. This b-to-b arm of Time Warner Cable has seen 18 quarters of consecutive growth following the new program, a truly remarkable benchmark for any established company. Stephanie Anderson, who until mid-June was CMO, credits this increased acquisition and retention of customers to growing closer to them and their community of small business owners. Here are a few of her invaluable lessons on nurturing b-to-b loyalty.

When Ms. Anderson began at Time Warner Cable Business Class four years ago, she and her team embarked on somewhat of a treasure hunt into the company's local portfolios. There were a lot of success stories for the company's customers at this level, with messaging that resonated.

However, Ms. Anderson says that TWCBC had been missing opportunities without an overarching message and communications methodology. The goal of her team was to identify which areas depended most on localism, and then complement them with a nationwide campaign. "We had to find the best breed of each of those local areas and then pull it up to one common message," says Ms. Anderson.

From there, Ms. Anderson and her team focused on what she calls an "outside-in approach" that would affront the competition by centering squarely on customers. "By always thinking about our clients," she says, "we knew we had a chance of developing programs the competition would fear."

One of these programs, which started in 2014, is an online customer resource called PerkZone. Part loyalty program, part online community, TWCBC customers access PerkZone through their MyAccount portal. It has two areas: "deals and discounts" and "ideas and community." In the former, small business owners can search for deals from national brands, as well as post their own for local customers.

It was in the first-person narratives in "ideas and community," however, where Ms. Anderson's team struck storytelling gold. From here, they were able to source "hundreds of stories, a few of which were featured in our TV campaign," says Ms. Anderson.

Her team engaged not only their most loyal and successful clients, like soap makers Beekman 1802, but also those who had interesting stories and were resonating with their own customers on social media, "which demonstrated a lot of energy and engagement." This enthusiasm reflected the TWCBC brand in testimonials not only on television, but also in print and digital in a publication called Solve, which took the same focus on customers to larger businesses. "The response has been amazing, and these small business success stories are truly inspiring," Ms. Anderson says.

The platform itself has built measurable loyalty for Time Warner Cable Business Class. Using Net Promoter Score (NPS), Ms. Anderson says she and her department have seen a strong correlation between digital engagement and customer satisfaction, both via MyAccount and even more so with PerkZone. "My gut told me that this was the right thing to do, and it was nice to see that the data proved me right," she says. "We're continually trying to think of ways to engage with the customer, and we know we need to continue to invest in these areas."

It's also no coincidence that new messaging is built on success stories, as Ms. Anderson is a big believer in the power of "proof." In fact, she contends that it's the fifth "P" in marketing (alongside product, price, promotion and place). Her experience in sales sparked this revelation. "There was always this moment in the demonstration when the tables turned and the customer says, 'Okay, I get it,' or 'Okay, I'll take it,'" she says, and it was when definitive proof was presented. So, while TWCBC's testimonials resonate with potential customers, they also provide needed proof to help the sales force close their deals.

Ms. Anderson concluded her tenure at the company this June after four productive years, and she has the following advice for her fellow marketers: "It's so easy in marketing to get distracted by the 'stuff' or the creative or the results. Sometimes you need to step back and think, 'Wait a minute -- who am I trying to talk to? And if I were them, would I listen? Or if I were the competition, would I be afraid of what they're saying?'" Ultimately, she says, maintaining a focus on the external, whether the competition, brand or prospects, is of the utmost importance. "If you keep that forefront on your mind, you will be successful."