Have a Coke and a Smile and Some Product-Centric Marketing

But Can Soda Giant Bring the Same Joy to Its New Advertising Strategy? 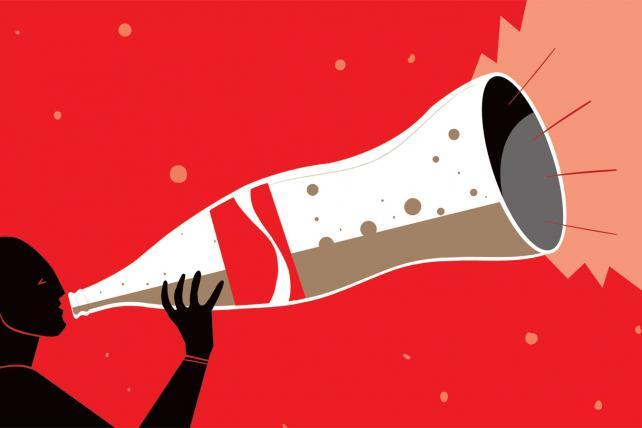 When I read that Coca-Cola Co. was getting out of the preaching business, my first response was "Amen!"

As our E.J. Schultz reported last week, this is the first major move by Marcos de Quinto, who stepped into the role of global chief marketing officer a year ago and has been quietly working in the background for months.

In short, Coke is ditching the seven-year-old "Open Happiness" campaign and replacing it with a global effort called "Taste the Feeling," which will place the product at the center of every ad.

It says a lot about the state of the industry that it's major news when a giant brand announces it's going to do a product-centric campaign.

But that's the world we live in.

"We have been just talking about the brand," said Mr. de Quinto, "but talking very little about the product."

Brand advertising, of course, serves a very useful purpose. And if you remember, "Open Happiness," though a brand campaign, started out as something that said something about the product. You open a bottle of Coke and you open a little happiness. It lifted your spirits and that, in turn, could make the world a better place.

But in recent years, we saw Coke striving to bring peace to Indians and Pakistanis, encouraging Singaporeans to salute the immigrant laborers building their skyscrapers and, in last year's Super Bowl spot, attempting to end cyberbullying in the U.S.

Some of the work was inspirational. That Super Bowl spot wasn't half bad. And the one from the previous year, in which "God Bless America" was rendered in multiple languages, I liked just fine. But some of the efforts, including the Singaporean one and last year's holiday ad showing young Coke-swilling white people bringing salvation to a native Mexican population, came off as tone-deaf and insensitive.

But that may be in the past. Coke had "started to talk in a preachy way to people. And Coca-Cola has always been a simple pleasure," said Mr. de Quinto. "The bigness of Coca-Cola resides in this humbleness, in its simplicity." But the "more that we tried … to preach to the people, the smaller we made it."

Don't get me wrong. There is a place for purpose-driven marketing. I still think Always' "Like a Girl" campaign is brilliant. It latches onto a social cause, but it also serves a number of purposes for the brand too. It's a feminine-product brand, so it fits the message. And that message will resonate with both girls and their parents, so when purchase time comes along, Always will be top of mind—especially important in a category in which the first brand ends up becoming the only brand.

But too many brands these days are losing the script when it comes to purpose-driven marketing. It's become a crutch of sorts.

Perhaps if you're leaning so heavily on a purpose outside of your core business proposition, it's because you've got nothing compelling to say about your product—or, worse, something to hide.

And the thing is, Coke, when it's not linking its product to world peace or harping on people to exercise, really has nothing to hide (unless it knows something about aspartame that the rest of the world doesn't). Sugar water is delicious, if enjoyed responsibly (much like alcohol). I am a big fan of full-calorie Coca-Cola and it does bring a little burst of joy when I twist open a bottle or crack open a can and chug it like the sugar-addicted caffeine junkie that I am.

So getting back to that core value proposition makes perfect sense. To use a word that I hate almost as much as "disruption," it's damn near authentic. You sell sugar water? Great! Then sell sugar water! Sell it hard.

But that's easier said than done. Coke and its agencies are going to have to answer the challenge of producing product-related marketing that is as good as its purpose-driven brand stuff.

Relatively speaking, it's much easier to make a sentimental ad that moves people to tears. All of Europe did it this past holiday season and half the advertisers in last year's Super Bowl. Drama is easy, comedy is hard. And creating a product-centric ad that doesn't bore someone to tears is even harder than that.

The anthem spot the marketer unveiled as part of the new campaign (above) left a little to be desired. It was generic and the soundtrack did nothing for me. The shorter spots with their own soundtracks work better. One featuring brothers is cute, another featuring a fighting couple is border-line sexy and the one backed by an "Under Pressure" cover nails the concept of a soda as reward, relief and release.

It'll be interesting to see what Coke does in the Super Bowl. And what the marketer does beyond traditional advertising.

And you can bet that the eyes of everyone in marketing will be on one of the world's biggest marketers to see how this crazy product-centric advertising idea works out. It once tried to teach us to sing in perfect harmony. Let's see if it can teach us all how to move product.

Ken Wheaton is the editor of Advertising Age.

When I read that Coca-Cola Co. was getting out of the preaching business, my first response was 'Amen!'