Three Ways to Rev Up Your Company's Marketing Engine

Marketing sometimes feels like a race that can't be won. Not only must one continually edge out the competition to succeed, but the finish line keeps moving. Even as our marketing savvy advances, consumers, who are barraged with messages left and right, continue to find ways to evade our attempts to connect. Maneuvering into a position of advantage indeed takes skill, strategy and practice and is a struggle familiar to any marketing leader. 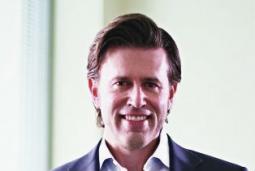 Rich Smith, CMO of mortgage provider Ditech, grabbed his company's proverbial wheel in 2014 and navigated Ditech into an enviable lead supported by a cost-effective sponsorship deal with NASCAR. Here are three insights from Mr. Smith that can help any organization's marketing engines run more smoothly:

1. Chase live events. Ditech became a household name in mortgages in the 1990s, but like many in the industry, the company experienced its fair share of detours over the past two decades. When Mr. Smith joined the team in 2014, it was his priority to refresh the brand. His department then put rubber to the road in a sponsorship deal with Stewart-Haas Racing of NASCAR that September. While the move took some months to gather momentum, Ditech experienced a noticeable boost from having its name televised with each NASCAR event. "It's been a great relationship for expanding our brand awareness in a relatively low-cost way," says Mr. Smith.

In fact, when it comes to airtime, live events like sports now provide the biggest bang for your buck, says Mr. Smith. "The days of people gathering around TV at 8 o'clock at night to watch a certain primetime show are kind of gone with the advent of the DVR and Netflix streaming and time shifting," he says. However, advertising with the three major sports networks (MLB, NFL and NBA) is often cost prohibitive on both a national and a local level.

Enter NASCAR. The benefit to brands is clear -- just take a look at all of the other brands riding along. "The beauty of NASCAR is [that] it's a sport that completely gets the sponsorship model," says Mr. Smith. "The fans understand that sponsors make the sport go round. Even though it might be fourth largest in terms of fan-base size, it's number one in terms of brand loyalty with sponsors, without a doubt." He also lauds an overlap with Ditech's target, a low-cost inventory and a frequent race schedule, with events taking place during 38 weekends of the year and almost always in a different city each time.

2. Take customers along for the ride. With its brand exposure off to the races, Ditech also handles customer outreach with skill. First, its home loan specialists undergo a certification program that lets them approach each case with a personal touch. Mr. Smith says that this customer-centric approach is also being worked into the brand message.

"For example, we mail our current customers a 'report card' on their current mortgage that tells them where they are and how they could change their plan by refinancing," he says. Even when they don't have the opportunity to refinance, the Smart Watch Report keeps them abreast of the health of their mortgages. "You don't see that from other providers," says Mr. Smith. "We are really transparent with our customers when it comes to what they currently have and what their opportunities are. That's the theme we strive for throughout our business."

This forthright approach has also generated trust for Ditech, and Mr. Smith says that the report and its campaign have been among the company's most successful in terms of customer retention. "People really appreciate getting that information," says Mr. Smith. "They call our home loan specialists about their options; it's very engaging for the customers."

3. Listen to the grandstands. Finally, it's important to remember that while marketing is a team effort, there is ultimately just one person in the driver's seat. Mr. Smith says that a CMO doesn't have complete control over the customer experience; however, he or she can be the voice of the customer and steer the team accordingly. "I take on the responsibility of bringing the customers' insights forward so that they are considered in all of our decision making," he says. "As we look to make changes in the future on both the origination side and the servicing side of our business, I definitely have a prime seat at the table to influence and emphasize the importance of the customer experience." In other words, a champion for the customer is a champion for the company.