September 12, 2016 08:00 AM
Ad Age Editor Ken Wheaton writes that pharmaceutical marketers might end up on the wrong end of regulation if they don't rein in their excesses. 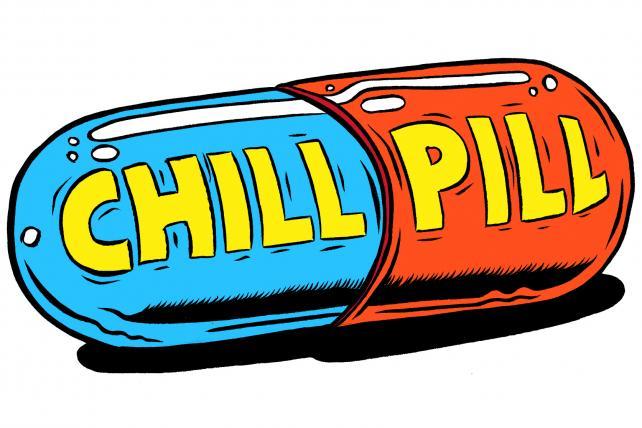 Are pharmaceutical executives insane or have they simply been dipping into the product a little too much? It's a rude question, I know, but it's one worth asking.

I was a little flummoxed by some of the industry "reasoning" put forward in our piece about pharmaceutical companies turning to terror tactics in their marketing.

To be clear, no one's confused about why companies are using scare tactics. Because fearmongering works. It's Advertising 101. And there's no better way to monger some fear than "Buy this or die."

What's a little confusing is the idea that companies need to get darker with advertising and spend more money on advertising because prices have increased. Are we sure that cause and effect isn't exactly backward?

Sure, I get that there is a lot of expensive research and development that goes into making pharmaceuticals that work. And an economist could argue that drug research, manufacturing, pricing and the subsequent marketing all add up to a complex ecosystem.

But to the average consumer, or even to politicians, there's no mystery here. Pharmaceutical companies are jacking up prices, and one of the reasons they're doing that is because they're paying for multibillion-dollar ad campaigns used to scare people into buying more drugs.

Since pharma companies received the green light for direct-to-consumer advertising in 1997, this hasn't been a huge problem. This is only anecdotal based on my own viewing patterns, but in the ensuing years, we've seen tons of ads for prescription seasonal-allergy medications and pills to tackle erectile dysfunction, irritable bowels and heartburn, things that were inconveniences but hardly life-threatening. It rarely made for good advertising. And I can even get on board with the argument that the marketing and prices for these particular drugs, especially when they were still under patent, helped to pay for research into lifesaving drugs.

But in the last couple of years, we've not only seen more scary drug ads, it seems like we're seeing new diseases. It's one thing to say, "Here's a cure for those allergies you've always had." It's another to say, "You've never heard of pneumococcal pneumonia until today, but it might kill your mom." Or: "Sure, you've heard of that meningitis, but have you heard about this other one that might kill your son after he makes out at a party?" (So goes the basic premise for a spot for Pfizer's Trumenba.) Or: "Grandma will turn into a wolf and slobber disease all over your baby if she doesn't get this whooping cough vaccine."

That last was from GSK. A spokesperson assured us the wolf was symbolic and it was CGI (you know, because that was the concern). She also said the ad tested well with grandparents. Of course it did. Like I said, fearmongering is a powerful marketing tool. Especially when dealing with grandparents and grandchildren. It's downright genius.

I tend to side with the critics on this one. When it comes to prescription medication, vaccines in particular, doctors should be making those recommendations. The U.S. is one of only two countries that allow direct-to-consumer pharma advertising, and it's probably not a coincidence that among Western nations we have a ridiculously high number of people, educated and otherwise, who think vaccines are part of some great capitalist conspiracy.

But more and more, it's not just the anti-vaccine loons who are rounding on pharmaceutical companies. You don't have to go to the fringes anymore to see people of all races, classes and political stripes wondering why their pills cost so much and if all these fancy commercials have anything to do with it. Hell, my dad's a pharmacist and even he grouses about price gouging by drug companies (and hospitals and insurance companies).

And the last year or so has only given the anti-pharma crowd more ammunition.

We had Martin Shkreli, the ex-CEO of Turing Pharmaceuticals, dragged before Congress back in February to explain why he'd cranked up the price of a lifesaving drug by 5,000%. And we'll all remember last month's news of Mylan jacking up the prices on the EpiPen while it had one of those "your kid could die without this product" ads in heavy rotation during the Olympics.

Last November, the American Medical Association called for a ban on direct-to-consumer drug advertising. Hillary Clinton unveiled a plan to take away the tax deduction for pharmaceutical advertising. And one bill proposed in Congress called for a three-year moratorium.

Faced with this, the Pharmaceutical Research and Manufacturers of America will make its usual arguments about free speech and the threat to marketing innovation. Ask the tobacco companies how much weight that first argument has. And considering the strides made by the industry in the days before d-to-c was approved, the second is downright nonsense.

The industry can take some solace in the fact that Congress seems like it will be hopelessly deadlocked for all eternity. But if Congress needs to earn a few cheap PR points, why not go after a sector fairly easy to paint as a villain? Besides, there's always the increasingly popular executive action.

My prescription? Just because you can do something doesn't mean you should. Dial back the fearmongering. Don't price-gouge. Don't throw up roadblocks for generics. Show some restraint and listen to complaints.

Otherwise, prepare yourselves for the possibility that this particular corner of the marketing world may go the way of tobacco.

Ken Wheaton is the editor of Advertising Age and is the author of three novels: "The First Annual Grand Prairie Rabbit Festival"; "Bacon and Egg Man"; and "Sweet as Cane, Salty as Tears."

Drug-makers might end up on the wrong end of regulation if they don't lay off the scare tactics and price hikes.