Verizon and Hearst Team Up to Buy Complex Media

April 18, 2016 06:30 PM
Hearst and Verizon have come to an agreement to purchase Complex Media, the digital media brand founded by Marc Ecko in 2002. 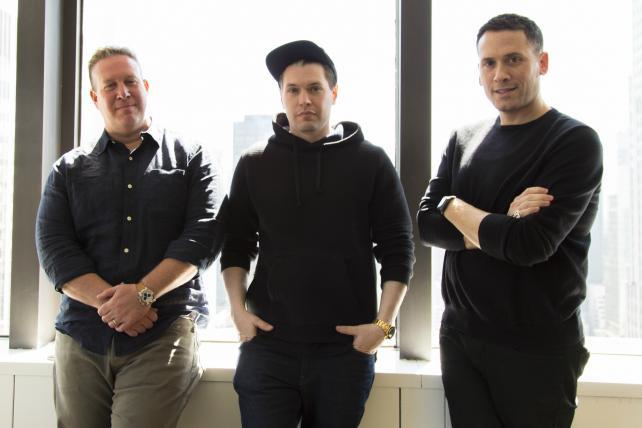 Complex Media, which was founded as a magazine in 2002 by designer Marc Ecko, will be sold to a joint venture of Hearst Corp. and Verizon. The companies declined to disclose terms of the deal.

Hearst bought a minority stake in Complex Media for $21 million in September 2015.

"These were the right partners, with the right toolset, and the right intention and group of people to operate us on a go-forward basis," Mr. Ecko told Ad Age in an interview.

Mr. Ecko, joined by Complex Media CEO Rich Antoniello, said the deal offers the company "the promise of keeping the band together, creatively." Mr. Antoniello will continue as chief executive, and Mr. Ecko will remain with the company, he said.

Mr. Antoniello said he was wowed by the opportunity to marry the company's high-quality content with the data and distribution capabilities afforded by Verizon and Hearst. Some Complex Media content will be distributed across Verizon's platforms, such as the telco's Go90 video service.

"When you get an opportunity to create unfair and competitive advantage disproportionately in the marketplace, you take it," he said.

Mr. Antoniello also said the sale would provide "a tremendous exit for our investors on an ROI basis."

He said that Complex Media has had "lots of inbound interest" over the years, and that "there were a lot of conversations being had on a strategic level with a lot of different people out there."

Brian Angiolet, senior VP-consumer product and marketing at Verizon, said the deal is in line with the company's plan to build "a network for the new generation."

Verizon has previously partnered with Hearst to create two new media brands, the forthcoming RatedRed.com and Seriously.TV. Verizon and Hearst also each have a 24.5% stake in AwesomenessTV.

Neeraj Khemlani, co-president of Hearst Entertainment & Syndication, talked about how the company went from being a minority investor to a co-owner of Complex Media. "We're a very deliberate organization, and get to know a company and invest more over time," he said, "That's our M.O. It only made natural sense to do Complex together because what we're trying to do is put together a portfolio of the most powerful digital video brands for young people today."

Mr. Khemlani said Complex Media is "one of the best arbiters of cool."

Complex Media has been profitable since 2010 and boasts about 55 million monthly unique visitors, according to executives.

Asked about Complex's place in the digital media industry, one that has been recently beset with questions about the value of content and the future of the publishers that produce it, Mr. Ecko said that the company he founded stands out.

"Complex has been the pound-for-pound champ," he said defiantly. "We punch well above our weight."

Hearst and Verizon have agreed to purchase Complex Media, the digital media brand founded by Marc Ecko in 2002.