Moves Away From a Focus on Live Video

January 08, 2016 11:36 AM
The Huffington Post is consolidating its video units and moving away from a focus on live-streaming video. 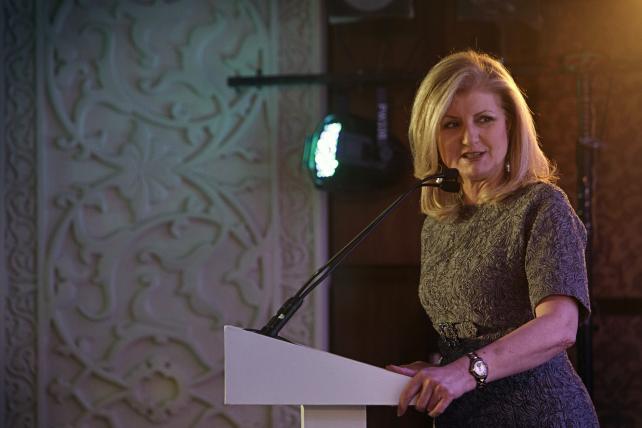 The Huffington Post is moving away from a focus on producing live-streaming video and concentrating more on creating videos specifically for social platforms.

"The way the world consumes video has changed dramatically, and we're changing along with it to deliver video as efficiently as possible," Arianna Huffington and CEO Jared Grusd wrote in a Friday memo obtained by Politico Media.

As part of the transformation, the company will combine its disparate video units -- HuffPost Live, HuffPost News, HuffPost Originals, and HuffPost Rise -- into a "unified video team."

The company, going forward, will no longer produce HuffPost Live's eight hours of live video each day -- but, Ms. Huffington and Mr. Grusd said, "We'll go live when warranted, for big political and cultural events, and newsmaker and celebrity interviews."

A spokeswoman was not able to provide immediate comment.

Roy Sekoff, who co-founded HuffPost Live and served as its president, had hinted at the changes announced Friday in an interview with Ad Age shortly before his Dec. 31 departure from the company.

When asked how the company's video operations fit together, Mr. Sekoff said, "We're unifying that into a sort of unified video strategy, and just basically focusing on producing videos that perform well on our site and off our site."

HuffPost Live began in 2012 as a destination for live-streamed news, but found that the majority of its content got the most traction when it was chopped up and shared as video clips.

It's still not clear when The Huffington Post plans to launch HuffPost 24, its 24-hour online video network. The Hollywood Reporter had reported that it was "expected to launch in the third or fourth quarter" of 2015. That didn't happen, and Mr. Sekoff wasn't able to provide any clarity about when it will actually get off the ground.

The company will no longer produce HuffPost Live's eight hours of live video each day.