November 10, 2016 09:00 PM
Constellation Brands, the alcohol giant that sells Corona beer and Svedka vodka, is considering a new approach to livening up its beverages: marijuana.

Constellation Brands, the alcohol giant that sells Corona beer and Svedka vodka, is considering a new approach to livening up its beverages: marijuana. 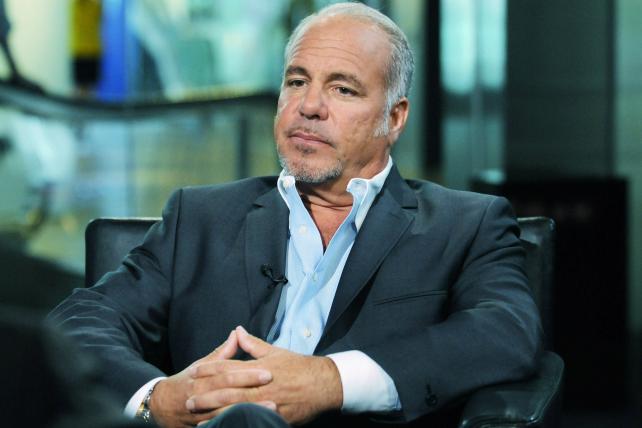 "We're looking at it," Constellation Chief Executive Officer Rob Sands said in an interview. "There are going to be alcoholic beverages that will also contain cannabis."

The legalization of marijuana across much of the U.S. -- spurred by election-night victories on Tuesday -- is creating a huge new market for legal weed. Voters approved marijuana for recreational use in California, Maine, Massachusetts and Nevada. That brings the tally of states with legal pot to eight, plus Washington, D.C., meaning one in five American adults now lives in an area where it will be legal to get high.

Though marijuana has been viewed as a threat to the spirits industry, Mr. Sands sees it as an opportunity. The industry is expected to grow more than eightfold in the next decade, from $6 billion in 2015 to $50 billion by 2026, according to data from Cowen & Co. That's about the size of the North American market for salty snacks.

"Why wouldn't big business, so to speak, be acutely interested in a category of that magnitude?" Mr. Sands said. "If there's a lot of money involved, it's not going to be left to small mom-and-pops."

The national elections may have been more mixed for Constellation, a company considered particularly vulnerable to a Donald Trump presidency. Mexican imports account for more than half of the company's net sales, and Hispanic consumers make up 40% of its customers. Mr. Trump, of course, has pledged to build a wall between the U.S. and Mexico and to renegotiate the North American Free Trade Agreement.

Mr. Sands dismissed those concerns, noting there's a lot of room between campaign promises and actual legislation. A unified Republican government should be good for business overall, he said.

A more immediate barrier for Constellation is that pot is still illegal under federal law, and as an alcohol seller, the company relies on the federal government for permits and licenses.

Others in the booze industry have been less stoked about legal pot, afraid that it will cannibalize alcohol sales. In Massachusetts, a pair of alcohol industry trade groups gave $75,000 to the Campaign for a Healthy and Safe Massachusetts, which opposed its measure. In Arizona, where voters chose to keep marijuana legal only by prescription, the state's Wine & Spirits Association gave $10,000 to the anti side.

The number of drinkers who also smoke cannabis has grown over the past decade, while the number of pot smokers who drink has declined, according to data from Cowen and the National Survey on Drug Use and Health.

For the moment, there seems to be an ample market for both. Alcohol sales haven't declined in Colorado or Washington since legalization in those states.

"People who are using cannabis may be disinclined to drink as much as they might have otherwise, but maybe they weren't going to drink in the first place and then they drink something," Mr. Sands said. "Maybe the whole thing will work out synergistically."

Constellation Brands, the alcohol giant that sells Corona beer and Svedka vodka, is considering a new approach to livening up its beverages: marijuana.