180LA Takes Over the Brand From TBWAChiatDay 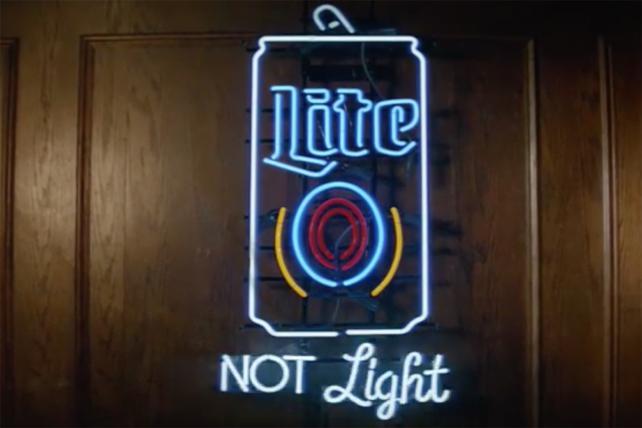 The move comes less than two months after Ad Age reported that the brewer was looking for ideas from the broader TBWA network. TBWA Worldwide is an agency network within Omnicom Group. The network includes TBWA/Chiat/Day and 180LA. The selection of 180LA marks the fifth creative agency to lead Miller Lite since 2012.

"Effective yesterday, 180LA became the lead agency," MillerCoors spokesman Jonathan Stern stated in an email on Tuesday. "TBWA as the holding company is still actively working on the Miller Lite business, but Chiat/Day is not." Shops expected to continue working on Miller Lite are Juniper ParkTBWA, The Integer Group (shopper marketing) and Dieste (Hispanic).

TBWA's Los Angeles office was named agency of record for Miller Lite in September of 2014 after a shootout that included WPP and Publicis Groupe's Leo Burnett. TBWA's selection came under a previous marketing regime that included Chief Marketing Officer Andy England, who departed MillerCoors in July amid a management overhaul orchestrated by new CEO Gavin Hattersley. Playing a key role in TBWA's selection was Gannon Jones, the brewer's VP-brand marketing, who abruptly left the brewer in November.

The new regime includes Chief Marketing Officer David Kroll, who was promoted to the top marketing job in July.

Other shops that have worked on the brand in recent years include DraftFCB (now known as FCB), Saatchi & Saatchi; and a group of agencies within WPP including Ogilvy.

The change comes less than a week after TBWA said that the president of the Los Angeles office, Luis De Anda, was leaving the agency. It has not chosen a replacement yet.

TBWA/Chiat/Day in March created a round of ads for Miller Lite that put an emphasis on the brand's liquid credentials and heritage. The new ads spelled the end of Chiat/Day's "bodega" campaign that featured a bilingual storekeeper named Fred and random customers who came into his shop.

The new spots use the line "the original light beer: spelled different because it's brewed different." Under 180LA, "the strategic, creative approach will be the same as it was with Chiat," Mr Stern stated. "We will continue to show pride in our beer and its brewing credentials with the 'Spelled Different, Brewed Different' campaign that we debuted at our wholesalers convention last month and on-the-air during March Madness." In the coming months, 180LA is expected to create a new campaign.

The change marks the fifth creative agency to lead Miller Lite since 2012.