One-third of U.S. adults said they did not pursue a career in science, technology, engineering or math (STEM) because it seemed "too hard," according to new research from Emerson Electric Co. 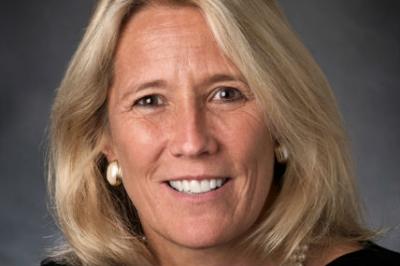 And that is just the perception that Emerson is trying to change as it continues to promote STEM careers to millennials and other professionals with its ongoing "I Love STEM" campaign, which launched last year.

The campaign, estimated at between $15 million and $20 million, was created by DDB Chicago and features Hank Green, self-proclaimed "science nerd" and host of YouTube channels VlogBrothers, CrashCourse and SciShow.

Now Emerson is partnering with Mr. Green to broadcast live on social media the results of its STEM career survey, conducted among 1,000 U.S. adults, from its new "Helix" innovation center at the University of Dayton, being unveiled Wednesday.

"With Hank Green, we have the right person with the right message to help us," said Kathy Button Bell, CMO at Emerson.

"We are continuing down the path of transformation, and we all care about leaving the world a better place than we found it. STEM education has been a good thing for us. It helps us cultivate new customers, new investors and new employees."

She said Emerson wanted to find out why more people did not pursue a career in STEM.

"It's where the money is, it's where the future is, and it's one of the most interesting careers, with robotics and other new technologies," Ms. Bell said. "By nature, people tend to like science when they start out, so why do people quit? By shedding light on this, we can start to help solve the problem."

According to Emerson's research, 42% of adults surveyed said they would have considered STEM education if they had better understood the potential career path.

"I think everyone is undereducated in what kind of jobs they are eventually going to get," Ms. Bell said. "Women are significantly more likely than men to avoid a STEM career because they are afraid of failure -- not failing as a career, but with grades in school."

To help solve this problem, Emerson has donated more than $10 million toward STEM education, and it has started its own program to bring in college grads with engineering degrees and rotate them through different positions around the world for two years.

"This has been terrific in cultivating careers among young people who are all engineers, and use them in social media as well to show where you can go with a STEM education," Ms. Bell said. "We are putting our money where our mouth is."

Emerson is also putting money into new research and innovation to solve engineering problems in the industries it serves. Its new "Helix" center is a $35 million R&D facility focusing on innovations for the heating, ventilation, air conditioning and refrigeration industry.

"Engineering is all about creating solutions to problems, and it is the human part of our business," Ms. Bell said.

The Helix center features simulated environments, including a working commercial kitchen, a two-story residential home and a grocery store, and engineering teams will work on developing solutions for energy efficiency, connected devices and other innovations.

Emerson plans to open another innovation center at the Georgia Institute of Technology in Atlanta, with additional future sites under consideration.