Both Spots Performed Well With Viewers

Though a few automakers dropped out of the Super Bowl this year, there were still pleny of car ads in the game. There were also plenty of dad-related ads. But there were only two car ads heavily feautring dads: Toyota's "My Bold Dad" and Nissan's "With Dad."

So how did they do?

Spot Trender, a research company used by brands and agencies to pre-test ads, helped us see how viewers reacted to the spots second-by-second. A quick look at the charts seems to indicate, well, a tie. 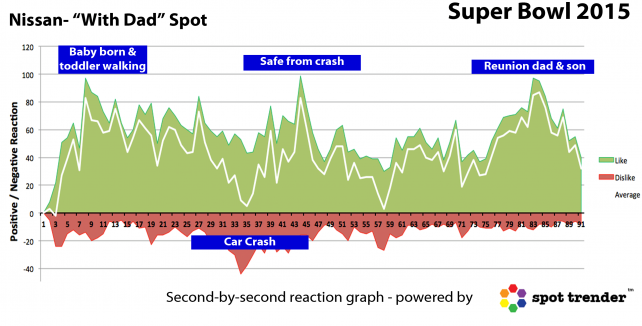 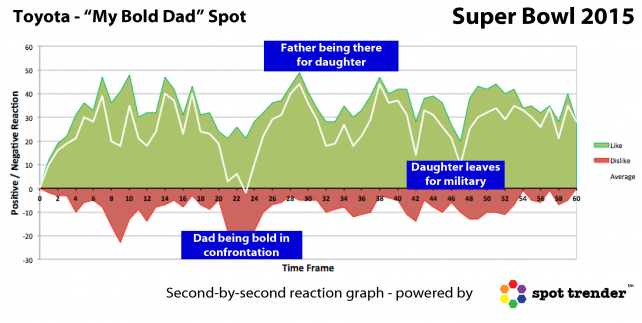 Spot Trender also notes that both ads performed closely in brand opinion, likability and likelihood to share. While Toyota is more relevant to respondents, Nissan scores higher in being unique and memorable.

Spot Trender tracks ads' reception by asking a panel of consumers to press keys on their computers as they watch. Each video had a sample size of 300 complete responses.