August 21, 2015 08:00 AM
Media costs have soared in China, even as government regulators impose more restrictions on how and when advertisers can use mass media.

Media costs have been soaring for years in China, even as advertisers face greater restrictions from government regulators on how and when they can use mass media. 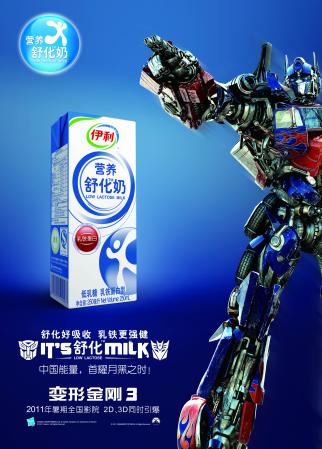 Marketers are responding by shifting ad budgets into professionally-generated content, and local companies are doing more, and spending more, than their multinational competitors.

"Overall, we see local players being a lot braver in China with content initiatives and it's paying off big," said Amrita Randhawa, CEO of WPP's Mindshare China, a leader in spotting and developing such content for both local and multinational marketers. Ms. Randhawa, a Mindshare veteran who took over as China CEO in 2013, is one of Ad Age's 2015 Women to Watch China honorees.

"The time has never been riper for content in China and the money is big too. Professionally-generated content is hugely underestimated by multinationals who wait for reams of data to take a call vs. local players, who take a punt on instinct and then work their butts off making the amplification bigger and better and getting the return," Ms. Randhawa said.

One of those local players, Yili, a mindshare client, bankrolled the third season of "Dad, Where Are We Going" for $48 million, not long after Yili went to Hollywood for a product placement deal in "Transformers: Dark of the Moon." Yili paid even more, about $78 million, for the fourth season, according to WPP's Kantar.

Other deals include beverage giant JiaDuoBao's $40 million investment in the third season of "Voice of China," cosmetics maker Han Beam's $37 million deal for "If You Are the One," and detergent marketer Guangzhou Liby Enterprise Group, which backed the second season of "I Am a Singer" for $37 million, and the third season for $47 million.

Local companies are comfortable working directly with the TV stations, Ms. Randhawa noted, and make low profile chairman-to-chairman deals on a handshake—and then trust the shows will deliver. Once the deal is made, local firms spend heavily around the content, activating it across different media.

JiaDuoBao, for instance, capitalized on its "Voice of China" sponsorship by printing the show's logo on cans, and including an eight-digit code allowing buyers to visit the show's website to vote for their favorite singer and win a prize, according to Kantar. 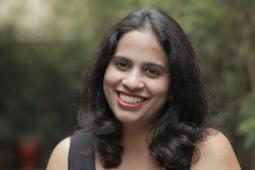 Without the need for the levels of research and evaluation required by multinational brands, local companies expect their TV station partners to bring in strong enough ratings to justify their growing sponsorship expenditure.

Following success with brands like Yili, Mindshare has helped get multinational companies including Jaguar, Pepsi, L'Oreal and Amway to invest in branded content, such as Maybelline's title sponsorship of Cinderella on CCTV 6, one the national government channels. The strategy has paid off for the agency, helping Mindshare double in size since Ms. Randhawa became CEO in 2013.

Home city: Technically Delhi, but more and more I feel like a nomad.

Hobbies: Cooking and creating recipes; there is a three-quarters written cookbook which I hope I will complete someday.

First job: As a journalist at a New Delhi newspaper covering city crime!

Media costs have soared in China, even as government regulators impose more restrictions on how and when advertisers can use mass media.