A common dilemma for marketers is how to win attention in a soccer-mad country when a rival brand is sponsoring an all-consuming event like the World Cup. That's why Nomades created "Soccer Gentlemen" for Tecate beer in Mexico.

Without making direct references to the World Cup or the Mexican team, because Corona sponsored both, the campaign teaches men how to juggle their love lives with watching soccer virtually non-stop during the tournament by being perfect gentlemen.

Pablo Batlle, an Argentine creative and DDB veteran who founded Nomades less than two years ago, used his copywriting skills to pen a 185-page love letter that takes 90 minutes to read. That happens to be the length of a soccer match.

In TV spots, a microsite and 47 Facebook posts that follow the reading of the letter in real time, a man presents his beloved with a huge stack of pages and implores her to read right away the love letter he has just written for her. She is charmed by his romantic gesture, and he slips off to watch a soccer game with his friends.

The letter, Mr. Batlle said, could be downloaded and customized by changing the woman's name; 16,000 people, many of them presumably male soccer fans, downloaded it.

"Pablo is a poet," said Raul Edmundo Gonzalez, Tecate brand director at Cuauhtemoc Moctezuma Heineken Mexico. "You read [the letter] and it's spectacular. An important part of the relationship between Nomades and Tecate is Pablo. There's constant communication between Pablo and me, and he's involved in everything, and passionate about it. He never sleeps. He's always thinking about Tecate. In my experience, I've never had that kind of contact with a creative director before, and it's reflected in the work."

Another part of the campaign covers courtship, and a man who gently turns down a new girlfriend's shy invitation to come in after a date. On the doorstep, he explains that he is defying macho culture and the temptation of one-night stands to be a perfect gentleman. She swoons, and he tears down the street to watch the next game.

Heineken-owned Tecate won the World Cup, at least in Mexico. Sales grew 11% by volume during the four-month campaign last year; its ads garnered 17 million YouTube views and accounted for two of YouTube's 10 most-watched ads during the World Cup. In related efforts, 65,000 users registered for a Tecate digital promotion, more than 250,000 packaging codes were redeemed and more than 500,000 trivia games were played online.

Within the company, "Soccer Gentlemen" was also a big winner in Heineken's global Brand Building Awards, which Mr. Gonzalez said was a first for Mexico.

He attributed the campaign's success with consumers to its insight that a man has two loves—soccer and a woman—and how a Tecate drinker, known for both masculinity and ingenuity, handles that. He said the work also avoided the clichés of ads that show fans watching a big game on TV, often surrounded by soccer paraphernalia.

The 21 staffers at Nomades, between the agency's Mexico City and Buenos Aires offices, are encouraged to behave like nomads and get out of the office as much as possible, spending time out and about and with clients. 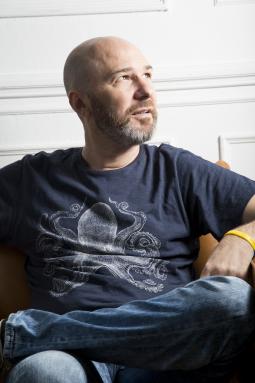 That has paid off with more work, including individual efforts for different Mexican soccer teams sponsored by Tecate, and a campaign for boxing, another Tecate-backed sport, starring Sylvester Stallone. Each ad shows a guy behaving in a less-than-masculine way—selecting a movie that's a romantic comedy, singing shrilly in the elevator, wearing fluffy white earmuffs in cold weather—before a stony-faced Stallone appears in a tuxedo and rebukes him with the campaign's tagline "Te hace falta ver mas box" ("You need to watch more boxing"). In fact, it's now a catchphrase.

"It's become a cultural phenomenom in Mexico," Mr. Gonzalez said. Starting in February with digital, followed by TV, the campaign got 25 million views in the first two weeks, he said. "Six months later, the phrase is part of the popular culture; with memes, videos and T-shirts. You hear it in restaurants and taxis."

Back at Nomades, Mr. Batlle, who wears big red boxing glove in his LinkedIn profile, said "There's a lot of sports on my reel."