Be Proud of Small, and Other Tips on Navigating the Pitch Process 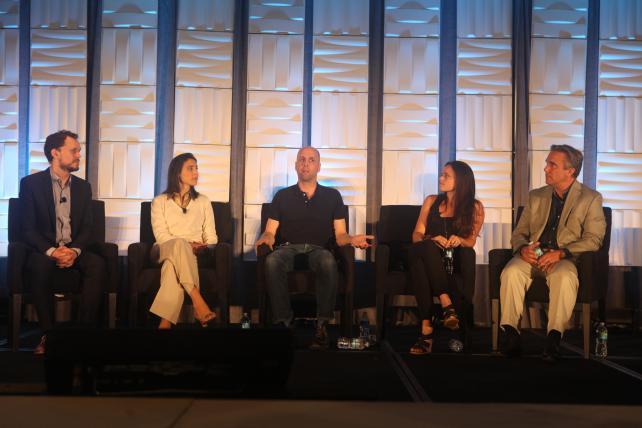 Don't try to score on the first date. "People try to win the account from day one," said Ms. Colantuono. "The most important thing to think about is getting invited to the next meeting," not the end game, she said.

Don't talk about yourself. "Do talk about the client," said Mr. Sneider. "We have 50 clients across the U.S. and often, we see agencies defaulting to what's comfortable, talking about themselves, which can sound generic. It's better to come in with smart questions and begin creating a bridge."

Show face. "You should really lead with your talent," said Mr. Liebel. "Clients are getting smarter and smarter and want to know who they're working with. Make sure at least one of the people who will be hands on in their business is there" during the pitch.

Be yourself. "We need to be us from the start, rather than worry about what you think the client is going to see," said Ms. Jefferis. "That will help get to the results faster."

It's not just about the presentation. Mr. Liebel shared a telling anecdote, in which his agency was in the finals for a pitch for a "giant" media company, which had two offices. "On that day, I went right to the office, and the entire pitch team went to the wrong office. I had 30 minutes before my partners would get there and no computer. After ten minutes, I just forgot the whole presentation and started asking questions about what they said in the RFP and it ended up being a really healthy meeting. What I learned is that you don't need 100 slides to tell your story. We won the account."

Mind your manners. "I've seen when an agency won the account because of a thank you note," said Ms. Colantuono." The client was completely torn between two agencies, and it was the one who thought to send a thank you note, handwritten overnight -- not an email." But that's not all. "I've seen the other way," she said. "The client said 'Thank you, give us a day or two to sleep on everything.' One agency should have won it, but they didn't listen to the ask of 'let us be.' I got a call from the CEO saying, 'What can we do?' He didn't listen, he sent something over to the clients, pushed a little more --and all because of that, they lost the account. It goes both ways -- that final pitch is a selection process, not an elimination process."

Don't tiptoe around budget. "If you're going to do work for free, or tiptoe around money, walk away," said Ms. Coluntuono. "Don't commoditize the business -- it's already commoditized. We have to get paid for our IP -- that's why we're here." Ms. Jefferis added that at 72andSunny, budget "is one of our first questions always. It's so important to the work we end up doing. It shouldn't be awkward; it should be a direct question. If they don't want to talk about the budget, it's not going to be a good fit. I always have a really direct conversation about that, even if it's non-profit."

Be proud of small. "Larger clients aren't afraid of smaller agencies," said Ms. Coluntuono. "I wouldn't consider yourself a small agency, I'd consider yourself a little giant with agility. Marketers do want flexibility, agility, to be close to the senior staff and the creative team because when they are, the output is very different. If they can't work with the team hand in hand, it becomes difficult to get the work out that they want to. I'm speaking with large clients now looking for smaller agencies. They're tired of feeling like they're charged for every cup of coffee, missed deadline and high production costs."

Agencies and consultants give advice on how small shops can tackle new business pitches.