Company Impressed With Both Digital and Film 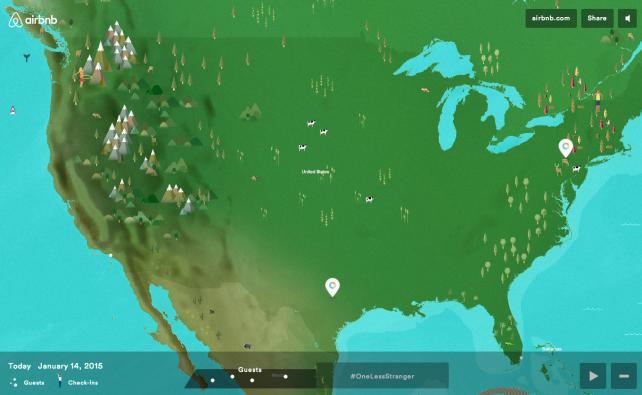 Airbnb: A World Without Strangers
Credit:

Tool continues to wow us with both its digital projects and film work, and this year signed some exciting new faces to add to its already meaty roster.

They include acclaimed feature director Marc Forster, whose films include Monster's Ball, Finding Neverland and Bond film "Quantum of Solace." Through the company, he helmed a sultry spot for H&M featuring David Beckham as a pool hustler.

But it was Tool's digital and interactive work that truly stood out.

Projects included an interactive map for Airbnb that showed check-ins and activity on the site all around the world, and for IBM, the US Open Sessions, which used data from the US Open Tennis championship and translated it into music, working with James Murphy of LCD Soundsystem.

Alec Helm directed Land Rover's The Vanishing Game, by Y&R New York, a project that combined literary star-power with digital expertise. It took a novella written specifically for the brand by best-selling writer William Boyd and wove it into an interactive story with extra content and crowdsourced suggestions.

Tool also expanded its experiential and VR division, on the back of its work for Converse's Made by You campaign, where visitors to New York's Flatiron district could virtually step into the shoes of artists and creators using Google Cardboard. The four VR films were helmed by Ben Tricklebank.

Company impressed with both digital and film