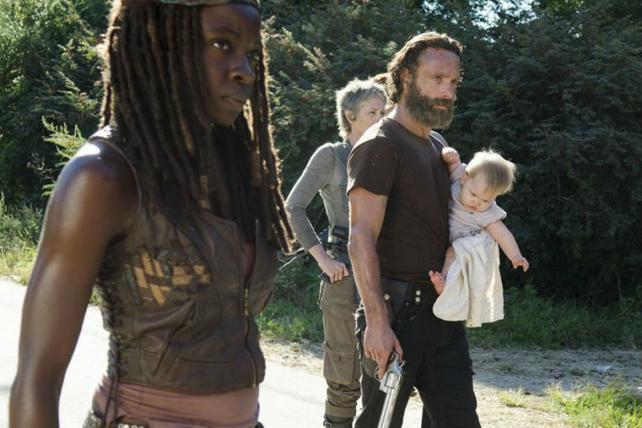 At the risk of pulling a Chicken Little about a media segment that generates around $26 billion in annual ad sales revenues, the sky is falling all over the national cable TV marketplace.

Every other top-tier cable net was down versus 2014, and most of those declines were not insignificant. No fewer than 16 of the top 25 channels suffered double-digit drops, and seven plummeted 20% or more when compared to the year-ago period. (This year's deliveries span the period from Dec. 29, 2014 to Dec. 6, 2015.)

While many of the aforementioned networks guarantee deliveries of the slightly older 25-to-54 demo, the results for that chunk of the audience effectively mirrored those having to do with the 18-to-49 set. In the case of the 25-to-54 crowd, Fox News Channel joined AMC, HGTV and ID in securing year-over-year gains, improving 14% with an average nightly draw of 341,000 members of its target demo, or a 0.3 rating.

That AMC is cable's only purveyor of scripted drama to demonstrate year-to-year growth is fairly self-explanatory. Each of the 16 episodes of "The Walking Dead" that aired during the calendar year occupied one of the top 16 slots on Nielsen's 50 highest-rated scripted telecasts. (The March 29 season five finale led all comers with a live-same-day draw of 10.4 million members of the 18-to-49 demo, which translates to a staggering 8.2 rating. By way of comparison, the biggest demo posted thus far by "Empire," the No. 1 scripted broadcast series, was a 6.9.)

Altogether, "The Walking Dead" this year averaged a 7.0 in the 18-to-49 demo, securing its position at the top of the scripted TV pecking order. Meanwhile, through its first 22 episodes, TV's No. 2 scripted effort ("Empire" again) is averaging a 4.9 live-same-day rating. "Empire" closes the gap considerably upon application of the C3/C7 currency data.

AMC's big year wasn't restricted to the flagship zombie-apocalypse thriller. All told, the network was responsible for 38 of the year's top 50 non-sports telecasts, a roster that includes all six installments of the "Walking Dead" companion series "Fear the Walking Dead," three episodes of the new martial arts drama "Into the Bad Lands," the Feb. 8 "Better Call Saul" pilot and 11 showings of the Chris Hardwick "TWD" postgame show, "Talking Dead."

The remaining spots were claimed by 10 episodes of HBO's "Game of Thrones," which averaged a 3.5 in the demo, and two installments of FX's "American Horror Story."

Getting the story straight
While the biggest shows on cable involve outré creatures like zombies, dragons and Lady Gaga, a lot of the more quotidian fare on the other scripted networks simply isn't being measured properly. This is the argument put forth by Turner chief research officer Howard Shimmel, who notes that his company's portfolio is actually up 3% in the 18-to-49 demo when video consumption across all screens (liner TV, VOD, PC, mobile, connected devices, etc.) is taken into consideration.

Trouble is, the networks can't take advantage of all the non-traditional viewing until Nielsen successfully launches its Total Audience service and a new currency is developed around the more inclusive data streams.

"With TBS and TNT, when we add in the VOD and live streaming numbers to our linear TV data, we're getting double the live contribution," said Mr. Shimmel. "So obviously we're very interested in Total Audience from the standpoint of how it should help us get a clearer and more accurate view of how viewers are actually consuming our content -- and the ads that run in and around that content."

Nielsen looks to roll out the service early in 2016. But even a seamless plug-and-play measurement solution won't necessarily change the way business is conducted overnight. "The hope is that the industry can arrive at a currency that everyone can agree on, but it's not going to be the sort of thing where [Nielsen] flips a switch and everyone shifts from selling demos to audiences," Mr. Shimmel said.

Turner hasn't exactly been twiddling its thumbs while waiting for the industry's currency to catch up with rapidly evolving viewer behavior. Among the next-generation data services the company has launched in the last 24 months is ProvableROI, an initiative to push forward with guarantees made against ringing cash registers rather than vanilla gross ratings points.

Mr. Shimmel said the Turner nets (TNT, TBS, Adult Swim, Cartoon Network, truTV and CNN) reach 75% of the 18-to-49 population each month, a cohort that represents a towering $4.7 trillion in buying power. "To us, all those screens represent an opportunity," he said.

And then, sports
Of course, the one segment of the cable business that doesn't tend to lose ground to the twin ravages of the DVR and Netflix is sports. Pour football/basketball/baseball back into that walkers-and-Lannisters mix and much of the scripted stuff starts to pale in comparison. ESPN's broadcast of the first-ever College Football Championship Game on Jan. 12 scared up 33.4 million viewers, an 18.2 household rating and an 11.0 in the 18-to-49 demo, making it the highest-rated program in the history of cable TV. (The first person who teaches zombies how to play football retires in Scrooge McDuck splendor.)

Season-to-date, sports can lay claim to 152 prime time ratings victories, or 42% of the nights. "Sports is the leading multiplatform and social genre that is consumed in real time," said Artie Bulgrin, senior VP-global research and analytics at ESPN. "The new level of engagement has set sports apart from other TV genres and has raised its appeal on a national level."

Zombies, spinoffs help establish AMC as the exception to the rule of diminishing returns.