As Viewers Fire Up DVRs and Remotes, 'Late Prime' Falls 9% 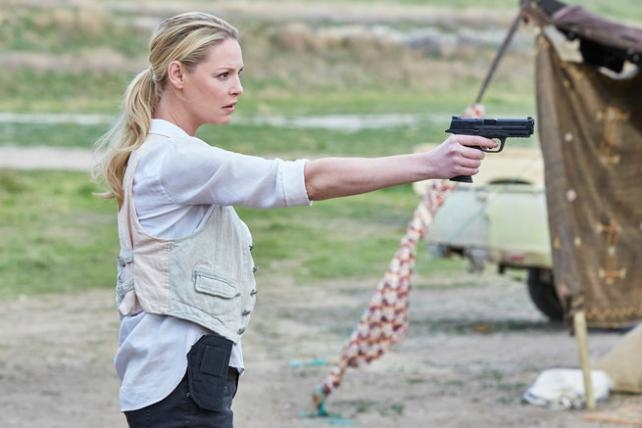 Katherine Heigl in 'State of Affairs' on NBC, a new 10 p.m. series this season
Credit:

Viewers are continuing to drift away from broadcast TV's once-robust 10 p.m. time slot.

According to Nielsen live-plus-same-day data, ratings for the final hour of prime time are as low as they've been in Nielsen's modern era, and many of the viewers who are sticking around have aged well beyond the parameters of even the most inclusive TV demographic. This season through Tuesday, March 3, the three networks that broadcast at 10 p.m. (ABC, CBS and NBC) are averaging 7.16 million viewers, down 9% compared to the year-ago period (6.5 million). The decline among adults 18-to-49 is slightly less steep, as the Big Three are off 5% with an average draw of 1.8 million members of the demographic.

Nearly three-quarters (74%) of those tuning in between 10 p.m. and 11 p.m. are 50 years old and up, and 68% have fallen through most marketers' demographic sieve altogether, having attained a ripe old age of 55. (If there's a better argument for the adoption of a 35-to-64 demo that would more faithfully serve the vast majority of consumers who still watch linear broadcast TV, we've yet to hear it.)

For the most part, the networks have responded to the withering 10 o'clock turnout by lowering expectations. As the DVR and high-profile cable series continue to gnaw away at late-prime deliveries, ratings guarantees have been scaled back, coinciding with a reduction in average pricing for inventory in the hour. Based on the average rates paid for time during the last two upfront sales periods, the value of a 30-second spot Thursdays at 10 p.m. has fallen as much as 13% to an estimated $123,000 a pop.

But the late-prime churn may be starting to spook those in charge of network scheduling. After beating all comers in the hour last season with an average 3.1 rating among 18-to-49-year-olds -- with a ratings point equivalent to 1% of TV households in the demographic, this translates to 3.95 million 18-to-49-year-old viewers -- ABC's "Scandal" this season shifted to 9 p.m. to make way for Shonda Rhimes' "How to Get Away with Murder." As it turned out, ABC made the right move, as "Scandal" has actually grown 6% in its new home, while "Murder" is killing it with a Season 1 average of a 3.0 in the demo.

NBC also transplanted its biggest scripted hit, moving sophomore crime drama "The Blacklist" from its Monday 10 p.m. berth to 9 p.m. Thursday, immediately opposite "Scandal." NBC had hoped to use "The Voice" to launch another Spader-sized hit, but newcomer "State of Affairs" faltered, averaging 5.26 million viewers and a 1.3 rating in its inaugural run at 10 p.m. For its part, "The Blacklist" is making the best of a tough situation, maintaining a 1.9 in the demo with a compromised lead-in and against a much more robust competitive set.

While it's too early to say for sure which of the new 10 p.m. series will claim a spot on the 2015-16 schedule (to date, "Murder" is the only one of the seven to earn an official renewal), it's not looking good for the rest of the newbies. NBC's "Allegiance" (0.9) and "Constantine" (0.9) are the hour's lowest-rated new dramas, while CBS's "Battle Creek" on Sunday bowed to a 1.0, a record low for a debut on that network. Even the presence of newly-minted Oscar winner Patricia Arquette didn't help CBS's latest procedural spinoff break through the clutter; "CSI: Cyber" on Wednesday night drew a preliminary 1.8 rating, and a modest 2.7 in the 25-to-54 demo.

The networks get two final swings at the troubled time slot, as ABC on Thursday night premiered the critically acclaimed anthology series "American Crime," while NBC preps its international conspiracy thriller "Odyssey" for its April 5 debut.

Viewers are continuing to drift away from broadcast TV's once-robust 10 p.m. time slot.