Zoetis Rocks Sales With 'Too Much Metal' Campaign

How to Differentiate a Product in an Overlooked Category: Dairy Cow Footbaths

December 18, 2014 06:45 AM
Zoetis, an animal-health company that spun off from Pfizer last year, increased sales of its Hoof-Tec dairy-cow footbath product with "Too Much Metal" campaign. 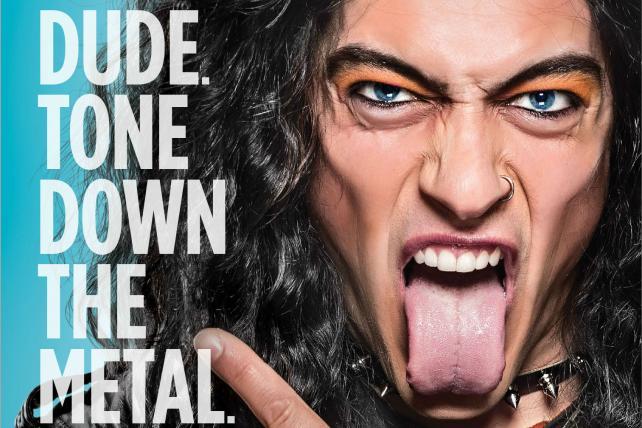 Zoetis, an animal-health company that spun off from Pfizer last year in a $2.2 billion IPO, wanted to differentiate a product in an often-overlooked category -- dairy cow footbaths.

The Hoof-Tec product, which is a footbath used to clean the hooves of dairy cows, came to Zoetis through its acquisition of Advanced Food Technologies in October 2013.

"Dairy footbaths have been the same for about 20 years. Our creative goal was to get some attention for a category that is largely ignored by the audience," said Mike Fredrick, VP-creative director at b-to-b agency Bader Rutter, Brookfield, Wis., which has been working with Zoetis for about five years, including the time it was known as Pfizer Animal Health.

Bader Rutter was charged with creating a campaign to introduce Hoof-Tec to Zoetis' sales reps at its national sales meeting in February, then launch it externally with a national ad campaign in March. Previously, Hoof-Tec had been marketed primarily through face-to-face sales calls, with little national advertising.

"What we really needed to do first and foremost was to get the attention of the audience," Mr. Fredrick said. So Bader Rutter started doing research with Zoetis' target audience of dairy producers, and discovered that a key concern was the amount of metal in footbath products.

The agency associated this need with a key product benefit: 40% less copper sulfate in the Hoof-Tec product. It came up with the campaign theme "Too Much Metal," featuring images of heavy-metal rockers with headlines such as "Dude, tone down the metal" and "Waaay too much metal, man."

"No one wants these annoying heavy-metal characters around, just like dairy producers don't want copper sulfate on their dairies," Mr. Fredrick said. Bader Rutter worked with New York celebrity photographer Matt Hoyle on the campaign. The budget was undisclosed.

Print ads ran in publications including Dairy Herd Management, Dairy Today and Hoards Dairyman, including cover wraps and inserts. The campaign also included online ads, direct mail and a microsite, where dairy producers could use online calculators to see how the Hoof-Tec product would benefit them. (Average time spent on the microsite was more than two minutes.) The effort also included sales enablement tools, such as an iPad app to help Zoetis' sales reps demo the product while on sales calls.

"This is one of the most breakout marketing campaigns I've seen in a long time," said Mike Layfield, director of segment strategy at Zoetis. "It's a great example of how our new offerings add value to customers in relevant ways, while keeping cows healthy."

Since its launch, the campaign has delivered impressive results. Compared with very little brand awareness before the launch, aided awareness of Hoof-Tec increased to 39% in six months. The campaign also contributed to third-quarter incremental sales of nearly 30% above the pre-launch forecast.

Zoetis, a Pfizer spinoff, differentiated a product in an overlooked category -- dairy cow footbaths -- with a unique "heavy metal" campaign.