From Religious Symbols to Lego Bricks: How to Build an Iconic Brand 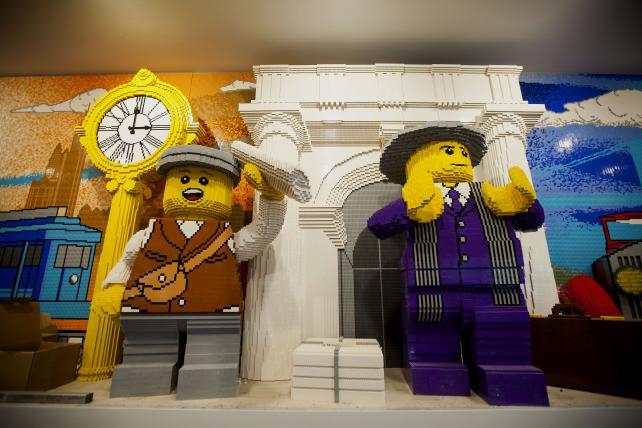 Ever asked yourself why, when trying to define the ultimate stage of fame and popularity for a brand, we call it iconic?

If you were to Google-image the word "icon," you would get two groups of search results: a variety of simple graphic images of all shapes and kind -- yet all very similar to each other -- and a visually arresting and much more meaningful reference to religion, with related images of saints.

While branding and religion may seem like topics that have nothing to do with each other, there is a precise correlation between religious icons and iconic brands: Both are culturally complex and visually simple.

Especially before literacy became widespread, complex cultures and practices could be "reduced to the max" by icons, to travel easily and be understood widely across society. What seemed a simple halo, for example, became a universal message of sainthood that everyone could immediately recognize and absorb.

With a similar attitude, today's most iconic brands reduce their identity to the max, too. They confidently believe that the fewer symbols people relate to them, the more powerful each of those symbols will become when traveling across society.

Starbucks progressively reduced its 1971 full-body siren encrypted in the signature "Coffee, Tea, Spices" logo to a half-siren in a semicircle; the brand name is not even mentioned. Similarly, Apple simplified its logo by moving from the illustration of a scientist under an apple tree (1976) to a multicolor-striped apple to one grey apple in 3D, its logo eventually becoming today's grey, bidimensional apple.

Today the most powerful brands have adopted the following six iconic behaviors:

1. Be wherever your values are.

4. Reduce the badge, so others can take it on.

5. Educate and be useful.

6. Define your friends and enemies.

In the past few years, Lego -- one of today's most iconic brands -- has consistently mastered these six behaviors. In the new Lego store in New York, we find them applied all together, as the ultimate expression of the brand's "societal mission" -- to inspire the builders of tomorrow.

The whole store is a temple of worship, where people walk under gigantic lamps (which are actually plastic bricks magnified in size).

Children can congregate the first Tuesday of every month to learn how to build a mini-model and then take it home -- for free.

In the store, almost nothing feels permanent (glue and permanence are Lego's enemy as they are enemies of creativity). Visitors can "pick a brick" from the huge dispensing wall and create over 900 million combinations out of just six 2x4 Lego bricks of the same color.

The brand has even turned the most "imaginative" products and places (from the Mini Cooper to the VW bus) into Lego products, suggesting that every iconic brand can become even more iconic, when rebuilt through its bricks.

By doing that, Lego is actually suggesting that the brand is not competing in the toy business, but in the much more impactful -- both culturally and societally -- business of imagination.

Imagination is contagious: NASA has adopted Lego, challenging kids to use its products to imagine and brick-build the future of space exploration. More recently, the brand inspired artist Ai Weiwei's latest iconic installation at the Alcatraz prison in San Francisco -- fully made of Lego bricks.

Just like Lego, iconic brands don't just try to be part of their culture or infiltrate pop culture. They shape our culture.

They fight to bring something that goes beyond their core products or category. They don't just sell effervescence out of a soda bottle; they open happiness. They don't just cultivate better food, but better thoughts. They elevate product values into higher-order societal values.

They don't just share those values exclusively through social media, but through the six societally based iconic behaviors and online/offline vehicles that -- once filtered through them -- can be defined as societal media.

They think society, not marketing.