Twitter is launching a training program for agencies to make sure that they -- along with their clients' dollars -- stick around. 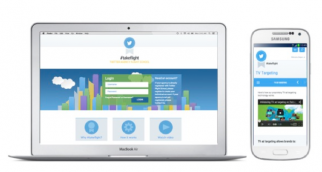 The social-media platform's online program is called Flight School and aims to familiarize shops with the service and help them keep abreast of new features. Twitter quietly tested the program with three partners -- Starcom MediaVest Group, MEC and Omnicom Group -- in addition to a dozen smaller agencies. It now plans to open it up to any interested shops.

"The way that we think about Twitter," said Christine Cuoco, Twitter's head of agency strategy, "is how it's most valuable to an agency and their clients when it's integrated across entire marketing strategies."

Twitter has gone through several recent facelifts. It introduced nine products during the second quarter; surfaced new ad formats in early August; then, two weeks later unveiled significant timeline tweaks. And it has promised more experiments in the immediate pipeline, all in an effort to lure in new users and maintain existing ones.

Rather than just enlist social or media teams at shops to go to Flight School, Twitter is encouraging entire agencies to sign up for the training.

The web-based program is free to use and built for enrollees to access on desktop, mobile phones and tablets. Anyone with an agency email address can sign up to participate as long as they have a Twitter handle.

Composed of what the company dubs "bite-sized tutorials," the training is divided into four sections, tailored to account heads, planners, media buyers and senior executives. The sessions are both broad (focused on "best practices" and campaign goals on the platform) and narrow (delving into particular ad products like rich-media cards and TV-targeting Amplify.) One goal is to get advertisers to more fully utilize the new offerings rather than the still-preferred Promoted Tweet.

SMG, the Publicis' media agency that inked a deal with Twitter in April 2013, was the first to explore the program, beginning early in the first quarter. Around 2,000 employees participated, said Kevin Lange, SMG's senior VP-social media. "It's important that the whole company understands the value of Twitter," he said.

Twitter's ad-selling rivals Facebook and Google, as well as the online outlet BuzzFeed, have launched similar tutorials for agencies.

Flight School is set apart for its malleability, said Mr. Lange, whose agency helped sculpt the program. Twitter tucks in questions in each module, giving it the feel of taking continuing education classes rather than "cramming for an exam," Mr. Lange said.

Twitter is also including a flexible curriculum that will include case studies and new features as they roll out, Ms. Cuoco said. The company calls it "Bird Feeder."

It's a feature that will save significant time for agencies using the platform, said Jonathan Schaaf, president of digital investment at Omnicom Media Group, another early Flight School participant. "They're coming out with new products all the time, and very quickly," he said. "We don't have to depend on face-to-face sessions."

In the past 14 months, Twitter has tightened its ties with Madison Avenue through deals with Omnicom, for mobile and programmatic ad buying, as well as WPP. Those two agencies, like SMG, were given early access to Flight School, but Ms. Cuoco insisted that the partner agencies will not receive any special treatment in the online program.

Asked if Flight School would ever include sneak peeks at Twitter's products changes, Ms. Cuoco hedged. "We haven't thought that far ahead yet," Ms. Cuoco said. "That's something we'll think about."

During the second quarter, Twitter netted $277 million in advertising revenue, a 129% annual increase. By comparison, Facebook grossed $2.68 billion in ad dollars during the same quarter.

~ ~ ~
CORRECTION: An earlier version of this story said that Jonathan Schaaf was president of Omnicom Media Group.