Twitter Pitches Itself as Reaching the 'Largest Daily Audience' 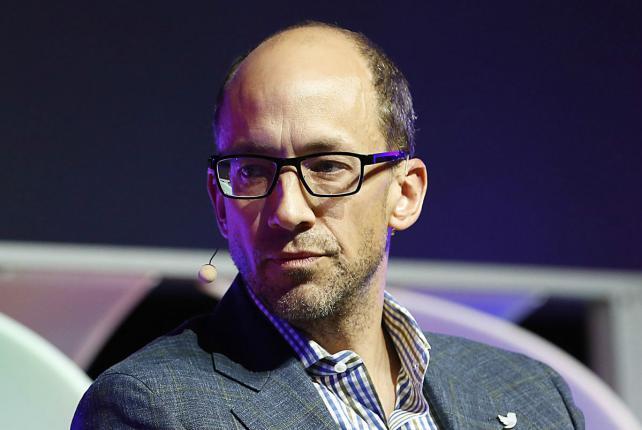 Twitter has a way to solve its lagging user growth: expand the definition of a user.

At its inaugural Analyst Day on Wednesday, the social media company unveiled a host of features designed to lure in new people, but also ambitions to measure and make money from people that see Twitter content without signing in. And for the first time, Twitter offered numbers for what it calls "logged out" users: 500 million unique visitors a month.

Twitter has hinted frequently in recent quarters at its desire to convey and capitalize on its audience beyond its 284 million active registered users. On Wednesday it made that goal more explicit. "We want Twitter to be nothing less than the very best way to keep up with your world," CEO Dick Costolo said at the start of the event. "We have a goal to build the largest daily audience in the world."

That's just one part of the new mission statement as described by Twitter Chief Financial Officer Anthony Noto at the event. Shedding previously stated goals of serving as a global town square or being the world's largest information network, Mr. Noto said the mission is now -- deep breath -- to "reach the largest daily audience in the world by connecting everyone to their world via our information sharing and distribution platform products and be one of the top revenue generating Internet companies in the world."

Combined with this year's departure of several top executives, frequent tweaks to the product and the aforementioned slowing user growth, Twitter's shifting mission has led investors to question Mr. Costolo's leadership and the platform's direction.

On Wednesday, Twitter answered with a slew of features designed to recruit users, including an "instant timeline" to acclimatize new and defunct users, whether they follow anyone or not. It also described products that curate tweets sent earlier and tweets based on location.

But the company's central focus was on the "largest daily audience" notion, driving the point that Twitter content flows and appears across the web and beyond.

The company told investors to consider Twitter's reach in four concentric circles: logged-in users, logged-out ones, eyeballs from Twitter posts' syndication around the web; and, finally, the expanse of Fabric, its new mobile software platform. With this reach, Mr. Noto said the platform is en route to becoming "better than anybody else in digital advertising."

Twitter also attached metrics to these various levels of reach, some for the first time. Overall, Twitter content achieves 185 billion impressions a month, the company said. Some 200 million unique visitors each month land on Twitter profile pages, primarily those of celebrities and brands, without signing into an account. And another 75 million arrive via search, where the company said it was expanding its product portfolio.

Mr. Noto dropped another ambitious projection: Twitter revenue would hit $14 billion 10 years after this one, when it hit $1 billion in revenue. The company has netted around $1.2 billion in its last four quarters.

Around 60,000 advertisers currently buy on the platform, executives said. More than half are served by the sales team, while 45% of ads served come through the self-serve ad platform. In the most recent quarter, 29% of Twitter's ad revenue came from new ad formats, such as website cards, mobile app-installs, promoted video and off-network ads.

The company did not, however, wade into how precisely it will make money from the broader audience it had begun describing. Tweets viewed by logged-out users do not run ads or provide marketers targeting. A company spokesman said additional plans for monetization of logged out users and syndicated content will come in 2015.

"We do think there's opportunity for monetizing syndicated content," said Kevin Weil, VP-product, from the stage. Mr. Weil, a veteran of the revenue product team, was promoted to his role on October 30 as the company combined its advertising and consumer product divisions.

Executives briefly noted the Twitter Publisher Network, a mobile ad platform that reaches apps and sites beyond Twitter itself. Introduced in April, the platform remains in beta.

Adam Bain, president of global revenue, talked about the returns marketers have seen with promoted video, Amplify TV targeting and holiday campaigns on Twitter. For Amplify campaigns, 90% of users exposed to campaign tweets were not followers of the media partner or sponsor, Mr. Bain said. "It's truly a win, win, win," he said.

Mr. Bain briefly mentioned Twitter's ad load -- which is roughly half of Facebook's -- and its potential to increase, although he did not offer specifics.

Twitter seemingly met its goal of appeasing restless investors. Its stock rose 7.45% during the day.

Twitter executives have a new tagline -- and a new monthly metric to give Wall Street.