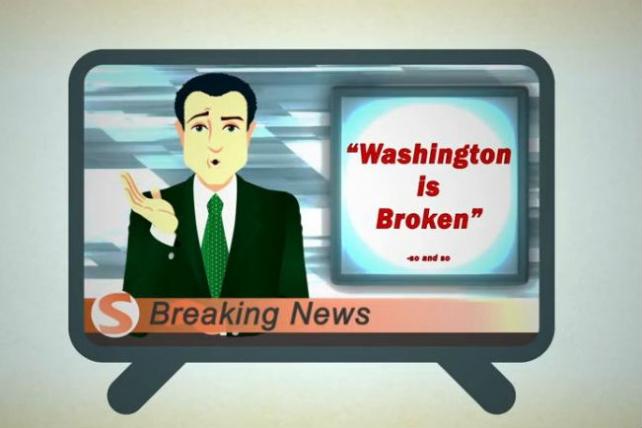 Two watchdog groups in Washington have filed complaints to the Federal Communications Commission, accusing TV stations across the country of failing to disclose legally required information about political ads they aired this year.

The Campaign Legal Center and the Sunlight Foundation said most of the violations concerned ads funded by Super PACs, both conservative and liberal, that ran on 11 stations across the country.

Some of the sponsors of the ads include the conservative Americans for Prosperity and the liberal Senate Majority PAC, as well as the National Republican Congressional Committee.

The stations targeted by the complaints are affiliates of various networks and owned by different media companies. The groups say all of them violated two-year-old FCC regulations that had been mandated by Congress but opposed by broadcasters. The regulations require TV stations to post information about their political advertisers online.

"These files are often the only way we can track political activities and spending by dark-money groups that aren't required to disclose those activities with the Federal Election Commission," said Sunlight Foundation Managing Editor Kathy Kiely.

That information, once kept in paper files at the stations, includes the names of candidates or groups requesting to run an ad, the reason for broadcasting the ad, the time and placement of the ad and its cost. A press release issued by the groups stated that many stations' online information failed to identify the candidate to which ads referred, the issue of national importance to which the ad referred and the CEO or board of directors of the sponsors.

The National Association of Broadcasters had challenged the FCC's decision to require information about advertisers to be posted online, saying it would pose a hardship for the stations.

So the FCC limited the requirement to stations in the top 50 U.S. markets. But beginning in July, smaller stations will fall under the same requirements.

"We also intend to educate political advertising agencies to enlist support for more accurate information on the disclosure requirements for political ads," Mr. Wharton said. "Our goal is 100 percent compliance with both the statutory requirements and the FCC rules."

Media General spokeswoman Lou Anne Nabhan said the complaint against its station in Tampa, Fla., WFLA-TV, is under review "and we will respond as appropriate."

Carolyn Micheli, spokeswoman for the E.W. Scripps Co., which owns KMGH in Denver and KNVX in Phoenix, said: "We think we are properly following procedure, but if the FCC brings it up to us, we will address any changes."

Other station owners did not have an immediate response to the complaints.

Jen Topper, spokeswoman for the Sunlight Foundation, said the stations were not contacted before the complaints were filed.

"We did not give them a heads up," she said.