General Mills still isn't as far as Chief Marketing Officer Mark Addicks would like in its journey from TV dependency to content focus, but in a keynote speech at the Ad Age Digital Conference today he said that about 50% of marketing executives' time at General Mills is spent creating content. 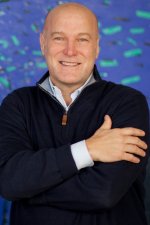 Not surprisingly, what anchors all that activity is "brand purpose," the topic of the decade at marketing conferences. But while purpose serves as the anchor keeping General Mills brands from getting lost in the currents of the digital age, Mr. Addicks said the company is also making waves in other ways. He cited a Lucky Charms collaboration with YouTube's Machinima channel that produced a mashup of classic TV ads and a 42% sales lift in a week; and digital recipe collaborations with consumers that have helped raise sales for Pillsbury Grands by 9% the past year.

"We used to think we were great at TV," Mr. Addicks said. "We're going to have to be great at content."

And the whole purpose-building exercise is an integral part of content creation, he said, as in the case with Pillsbury. "When Pillsbury re-thought its purpose, we found something that was under our nose the whole time, which was that people actually make a lot of things with Pillsbury," he said. So the brand tweaked its focus from baking to making, "which led to a whole content stream of simple vignettes."

They're unremarkable, Mr. Addicks acknowledged, such as a video for Pillsbury Grands Unsloppy Joes -- with the meat wrapped in the dough before cooking. That video inspired consumer riffs such as Grands wrapping shrimp and pesto that fueled thousands of posts.

Along the same line of putting brand initiatives into the hands of the digital masses, General Mills has been "re-engineering" the Pillsbury Bake-Off to rely less on expert voting and more on input from social media, he said.

General Mills has moved toward creating "open-source platforms" such as Platefull, which started as a food-focused ad network that's evolved into more than 200 sites and social platforms. Big G's biggest "open source platform" is the Box Tops for Education school fundraising program, only about half of which is now devoted to General Mills products. The rest involve involving non-competing packaged-goods brands, automotive, insurance and other categories that now have 42 million participating households.

The whole idea of purpose takes packaged-goods brands literally outside the box, Mr. Addicks said, to say "now your business is as large as your imagination. You can start to add services that can be very powerful for your business model."

To that end, General Mills is trying the brand lab concept, initially with Kix cereals. The brand found a shared interest between its core consumer groups of Hispanic and suburban upper-middle-class families was kid creativity. That's led to a new cereal box that will roll out this summer that will "touch off sound and video on your phone or any kind of digital device you may have," he said.

'We used to think we were great at TV,' said General Mills CMO Mark Addicks. 'We're going to have to be great at content.'