Exit Leaves Yet Another Vacancy Among Hulu's Executive Ranks

A Hulu employee since February 2008 -- a month before the service officially launched -- Mr. Yellin oversaw marketing and handled distribution deals for Hulu. He started at Santa Monica, CA-based Whisper last week as the company's senior VP-content and is charged with gaining distribution for the social startup's content on third-party sites and apps, said Whisper CEO Michael Heyward.

Whisper is something of a mash-up between Twitter and Snapchat. People post anonymous messages, or whispers, that feature an image overlaid with text and can be viewed publicly on Whisper's site or mobile apps. Because Whisper doesn't disclose authors' identities, many people use the service to air their dirty laundry without fear of being found out. One recent post reads: "I cheat on my bf while he is deployed. Girls have needs too."

"One of the things that's really important to us is making sure the everyday things coming out of Whisper are going viral," Mr. Heyward said. As happened with Twitter after sites began embedding tweets into articles, Whisper's hope is that the extended distribution will drive awareness and sign-ups. The company already partners with social-heavy news site BuzzFeed and The Huffington Post, he said. 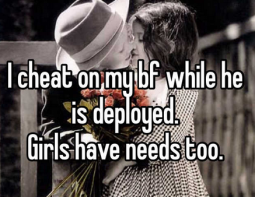 Despite the higher-profile departures, Hulu added more than 260 employees in 2013, including 140-plus in the last half of the year, to total 725 staffers. And the company has been active of late. Last week Hulu announced its 2014 programming slate, which includes more than 15 original series.

Poaching Mr. Yellin is Whisper's second hiring coup this month. Two weeks ago the startup poached Gawker writer Neetzan Zimmerman whose posts had reportedly pulled in more traffic than the rest of Gawker's staff combined. Mr. Zimmerman has signed on as Whisper's editor-in-chief.

"We wanted on one hand the editorial perspective that somebody like Neetzan, who's this viral guru, brings to the table as far as packaging and storytelling. And then the distribution muscle of someone like Eric to make sure that story really gets enough eyeballs. And by story, I'm using that term very loosely obviously," Mr. Heyward said.