As New York Mag Cuts Issues, The Week Decides to Add a Few

Even Though Ad Pages are Down 21%

One day after New York magazine said it would reduce its print frequency to every other week, The Week said it plans to increase the number of issues it publishes to 51 next year from 48. 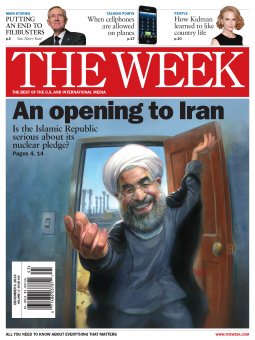 New York's decision was informed by clear media-business trends, but the reasoning for The Week is just as straightforward, according to Steven Kotok, CEO of The Week and its sibling publication, Mental Floss. "Each one of our issues is profitable," he said. "If we add more issues, we're more profitable."

The Week's website offers new print-only subscribers 50 issues for $1.19 per issue. Most subscribers pay between $1.25 and $1.50 per issue, according to Mr. Kotok.

The timing of the Week's announcement is no coincidence, according to Mr. Kotok. The company had told its ad salespeople about the frequency increase several weeks ago, he said, but it was waiting for the right opportunity to release the information publicly. The news about New York magazine provided that opportunity.

In boosting its frequency, however slightly, The Week is bucking a tendency among consumer magazines to dial back print frequency in the face of diminishing print ad revenues and declining newsstand sales -- two economic forces to which The Week is certainly not immune.

The Week's print ad pages have declined 21.2% this year, according to the Media Industry Newsletter, a sharper decline than nearly all other weekly titles.

The Week is less susceptible to declines in advertising because 65% of its revenue stems from circulation, according to Mr. Kotok. Circulation comprises just one-third of revenue, by comparison, across Time Inc.'s portfolio of major magazines, which includes Time, Sports Illustrated, Fortune, People and InStyle. Circulation revenue at The Week -- which will be close to $30 million next year -- could itself sustain the magazine, Mr. Kotok said.

"Whether advertising had gone up or down, we'd be making more money by adding issues," Mr. Kotok said.

The Week, a British-born title that began publishing in the U.S. in 2001, smartly aggregates others' news reports each week, but lacks the kind of original, in-depth analysis that newsweeklies such as Time and The Economist pride themselves on.

"We are on the right track by the way we do business," Mr. Kotok said.

The Week plans to publish 51 issues next year, up from 48, despite a sharp drop in print ad pages and a decline in newsstand sales.