February 13, 2013 05:19 PM
Time Warner is considering the sale of most of its magazines to Meredith Corp., the publisher of Better Homes and Gardens.

Time Warner, the media business that spans TV, film and print, is considering the sale of most of its magazines to Meredith Corp., the publisher of Better Homes and Gardens, a person familiar with the talks said. 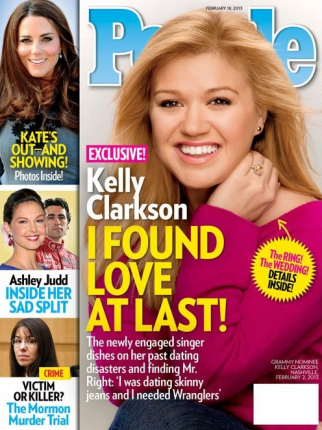 Under the terms being discussed, Meredith would acquire all but three of Time Warner's magazine titles, according to the person, who asked not to be named because the discussions are private. Time, Sports Illustrated and Fortune would remain with Time Warner, the person said. Meredith is more interested in titles such as People, Real Simple and InStyle that line up with its magazines aimed at women, according to the person.

Keith Cocozza, a spokesman for New York-based Time Warner, declined to comment, as did Art Slusark, a spokesman for Meredith. The news was first reported by Time Inc.'s own Fortune. The New York Times and The Wall Street Journal first identified Meredith as the potential buyer.

The proposed deal is likely to carry a significant price, so Meredith may get an assist from a private-equity player, according to observers and investment bankers.

The move would let Time Warner offload at least part of its worst-performing major division, helping insulate the company from an industrywide slump in advertising sales.

It would hand Meredith, meanwhile, control of large titles including People magazine, where ad pages fell 6% last year but still topped any other title at 3,156, according to the Publishers Information Bureau. People also charges more than other magazines, including most weeklies, for a subscription, averaging a price tag above $100 in 2011, according to its most recent report with the Alliance for Audited Media. That was a little less than The Economist, by comparison, but far more than Us Weekly ($71), Sports Illustrated ($44) or Time ($30).

One question, however, is whether People is a good fit for Meredith, which makes its money on women's titles published at a monthly pace. The same might be said for InStyle, a considerably more fashionable brand than Meredith's typical title.

But advertisers would likely appreciate Meredith's overall increase in its reach. "If Meredith were to purchase these properties from Time Inc, it could make them the largest publisher to scale on distribution and total audience," said Robin Steinberg, exec VP-director of publishing investment and activation at MediaVest. "It also positions the company as an even more dominant powerhouse to reach women in each life stage across multiple interests of their lives."

Time Inc., led by CEO Laura Lang, said last month that it would eliminate about 500 positions, or 6% of its workforce, as newsstand sales and advertising continued to decline. The company's publishing revenue fell 6.6% last year to $3.44 billion. Time Warner's TV business, which includes HBO and other cable networks, has been generating most of its growth.

Jack Griffin, who served as Time Inc.'s CEO until his ouster in 2011, is a former executive at Des Moines, Iowa-based Meredith, whose titles also include Ladies' Home Journal, Family Circle and Parents. The company was founded in 1902 by Edwin Thomas Meredith, who began publishing Successful Farmer magazine that year. It now employs more than 3,300 people.

In splitting off some of its print operations, Time Warner would be following in the footsteps of News Corp., which lost $2.1 billion in fiscal 2012, will be spun off as a separate company later this year. Murdoch agreed to the move after coming under pressure from shareholders, who didn't want the print business to be a drag on News Corp.'s television and film divisions, which will be renamed Fox Group.

But are People and InStyle good fits for Meredith, the publisher of Family Circle and Ladies' Home Journal?