September 05, 2013 01:00 AM
Yahoo unveiled a major redesign of its 18-year-old logo Thursday night, a design not previewed during the preceding 30-day campaign.

Capping a thirty-day campaign leading up to the official unveiling, Yahoo pinned the first major redesign of its logo since 1995 to the site's homepage early Thursday morning. But here's the punchline: the new logo was not among the 30 teased over the past month.

Created exclusively by Yahoo's in-house brand design group and product designers, the new logo retains much of its predecessor's qualities -- the purple, the exclamation point, the varying letter sizes meant to represent a yodel's sound waves -- but simultaneously modernizes it and applies a classical aesthetic.

"This represents a significant evolution of the logo," said Yahoo CMO Kathy Savitt, who joined the company in September of last year. She outlined how characteristics inherited from the old logo have been tweaked. The purple is "far richer, deeper." The exclamation point has taken on a slender, rounder shape and will animate for three seconds ("half a yodel," per Ms. Savitt) after someone initially navigates to a Yahoo site.

Yahoo SVP-brand creative Bob Stohrer said the design team's aim was to create a logo that was "sophisticated with a wink."

Those animations are not dissimilar from the Google Doodles of Ms. Mayer's former employer, but not static. "It might be an exclamation riding on a Segway, or riding on a pogo stick or swinging on a Tarzan vine. It's a hat tip to the traditional whimsy our users have loved and will continue to love," Ms. Savitt said.

But the starkest departure from Yahoo's old logo is the font. That should surprise no one who paid any attention to the ones Yahoo teased each day for the last thirty days. Those new logos were criticized for being little more than font changes and less impressive than the Doodles Google semi-regularly rolls out.

What Designers Are Saying

"Honestly some of them could have used a random font generator. There's not a lot of discipline behind what they're doing from a design perspective. You can tell different designers are involved in the making of them," said Kevin Farnham, CEO of design firm Method. Mr. Farnham designed the new logo's predecessor alongside Geoff Katz while the two worked as art director and executive creative director, respectively, at San Francisco-based digital agency Organic.

And Luke Wroblewski -- Yahoo's former chief design architect who worked on the 2009 tweak that changed the color of Mssrs. Farnham's and Katz's design from red to purple -- concurred with Mr. Farnham that a number of the 30-day campaign's candidates are throwaways. However both Mr. Farnham and Mr. Wroblewski agreed that Yahoo's outgoing logo was ready to retire.

While Ms. Savitt received questions about a potential logo redesign soon after joining Yahoo last year from Lockerz, the impetus for the refresh came after Yahoo redesigned its home page in February. Through the company's own customer service channels and on social networks it analyzed, people pointed out the old logo didn't fit with Yahoo products' new look. Yahoo then surveyed its 12,000-plus employees, 87% of whom responded that it was time for a new logo. 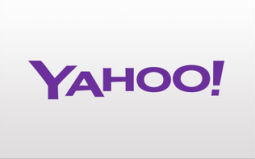 The consensus may hold that a new Yahoo logo is in order, but that doesn't guarantee people will like the replacement. Mr. Wroblewski's Hot or Not-style polling app Polar solicited people on which they prefer between each day's new Yahoo logo and the old one and had tallied more than 115,000 votes as of midday Wednesday. Only one of the new logos -- Day 10 -- ousted the old one, and that new logo garnered more votes than the second and third most-favored new logos combined (neither of which received more votes than the old logo).

"Each of the typefaces surfaced [during the campaign] represented in some way a facet of the design principles we were testing as part of the original design thesis" to redesign the logo without discarding it entirely, Ms. Savitt said.

The new typeface is one unique to Yahoo. "We always knew that we wanted to develop our own proprietary font, and that this would be intellectual property that would come from Yahoo, from our design team," Ms. Savitt said. And so they did (though Yahoo's new font doesn't yet have its own name).

Despite the design world's ongoing "flat" trend propelled by the look of Apple's new mobile operating system, Yahoo went classical for its typeface. The font would look at home on the banner of renaissance-era jouster or a British soccer, er, football club. That could invoke the larger renaissance Ms. Mayer is trying to incite at Yahoo and reinforce the company's hope to become a solid business like it once was. "When you want to create an image of stability, for something to be taken seriously as a business, you tend to go toward more classical tropes," said Hunter Tura, president of Bruce Mau Design.

Said Ms. Savitt: "You'll notice a chisel to our logo that's very architectural. What we're saying is our logo is the foundation upon which our brand and products and user experience will continue to be built."

Yahoo will have to wait to see whether consumers, advertisers and shareholders get the message.

Yahoo unveiled a major redesign of its 18-year-old logo, a design not previewed during the preceding 30-day campaign.