London-based agency AnalogFolk has opened a New York office, appointing ex JWT and AKQA staffers to head it up. Daniel Bennett (left) joins as director of strategy and Jim Wood (right) as creative director. Wood comes to the agency as a former creative director at AKQA, JWT and Taxi working across brands including Google, Mondelez, JetBlue and Macy's. Bennett was previously digital strategy director at JWT New York and prior to that, director of digital accounts at TBWA/Chiat/Day NY. The New York office has opened with founding clients Malibu, Kahlua, the vodka brand Wyborowa and mobile tech firm Viewfinder. AnalogFolk opened in London five years ago and opened a Sydney office in 2011 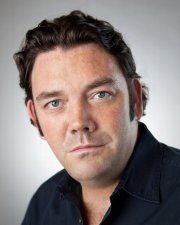 John O'Hea has joined David & Goliath as creative director based in the agency's El Segundo, California office. O'Hea will be responsible for overseeing creative teams on Kia as well as new business, and will report directly to Colin Jeffery,executive creative director/managing partner. He joins from DOJO San Francisco, where he was art director/associate creative director (ACD), working on clients such as Logitech UE, PlayStation, Nvidia and Trend Micro. His work for Logitech UE was recently awarded a Bronze Lion at Cannes. Before that, O'Hea was ACD at Goodby Silverstein & Partners for four years. He has also worked at BBDO Detroit and at Bates Advertising.

San Francisco-based agency Argonaut has hired David Kim as creative director. Kim has over a decade of creative agency experience with Deutsch, Venables Bell & Partners and TBWAChiatDay. He most recently worked with Deutsch, where he drove Volkswagen's SmileDrive campaign and managed early development for the new VW.com.

All The Latest Creative Moves From Around The Industry