Publisher of ReadWrite and xoJane Putting IPO on Hold

November 04, 2013 02:50 PM
Kim Kelleher is leaving her role as president of Say Media as the company abandons plans for an IPO,

Kim Kelleher is leaving her post as president of Say Media as the company puts on hold its plans for an IPO, Ad Age has learned. Three other executives are also exiting the blog network, which publishes ReadWrite and xoJane among others: Anna Baird, chief financial officer and head of operations; David Richter, chief strategy officer; and Chris Tobin, senior VP-people and places. 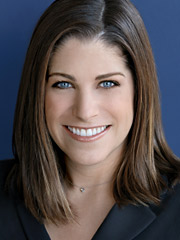 The company has no plans to replace the departing executives. Ms. Kelleher, who joined Say Media from Time Inc. in July 2012, will become a member of the company's board of directors.

"We had a management structure that was set up for rapid growth and taking the company public," he told Ad Age. "We've come to the conclusion that those aren't in our immediate future and aren't the things we need to focus on as a company."

Say Media, formed in 2010 following the acquisition of blog and ad network Six Apart by ad network Videoegg, was profitable until 2012, when it began gearing up for an IPO. In December 2011, the company, which has received roughly $30 million in venture funding, bought ReadWriteWeb, revamping the site and shortening its name to ReadWrite. That same year it bought Remodelista and introduced xoJane, the site led by former Sassy and Jane magazine editor Jane Pratt. It also bolstered its executive team.

"A couple of years ago there was a lot of optimism about consolidation and IPOs in the media space," Mr. Sanchez said. Now the company needs to shift its focus to a "sustained profitability goal," he said.

In May, the company laid off 10% of its workforce. Mr. Sanchez gave no clear timeline about when Say Media may again work toward going public, though he did say the plans weren't abandoned entirely. "It's certainly a long term goal," he said.

"It's less important that we try to accomplish that next year or in some kind of specific time frame," Mr. Sanchez said. "As soon as you take that time frame focus away you start to look differently at how you structure the company."

Ms. Kelleher was traveling Monday, but said in an email to Ad Age that she was not sure where she was headed next. "I am looking forward to joining the board of directors and to continue working closely with Matt Sanchez and the incredibly talented management team at Say," said Ms. Kelleher.

"As the CEO, it was ultimately Matt's decision to make this change," she continued. "But it wasn't without many conversations -- and a mutual understanding that this was a business decision right for where Say is at this moment."

According to Mr. Sanchez and Ms. Kelleher, Say Media is on track to turn a profit in the last half of 2013.

No layoffs will result from the shakeup, according to a Say Media spokeswoman.

Ms. Kelleher joined Say in July 2012 from Time Inc., where she was worldwide publisher at Time magazine after a stint at Sports Illustrated, to succeed Troy Young, now president of Hearst Digital.

The websites in Say Media's portfolio drew 19 million unique monthly visitors in September, according to ComScore, good for a 10% boost. ReadWrite, which underwent a redesign in June, has seen its monthly uniques climb 7% year over year to 855,000.

The blog network, which publishes xoJane and ReadWrite, is going to concentrate on a "sustained profitability goal."