Anonymous Content has signed Omri Cohen for commercial representation. Cohen, whose break into directing came in 2007 with his music video for Red Hot Chili Peppers' song "Charlie", has directed Nike ads including the "Yards" spot for the World Cup of Cricket and "Los Fearless", as well as spots for Google, Microsoft, McDonalds, Norwegian Cruise Line and Amazon, among others. 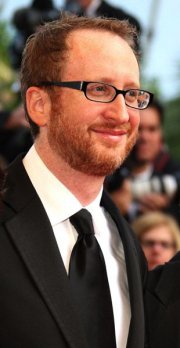 Director/writer James Gray has joined biscuit filmworks for commercial representation. His commercial work includes a spot starring Ewan McGregor and Vinessa Shaw for Citroen, which broke to air earlier this month; he has also directed for Martell Cognac and a L'Oreal campaign starring Patrick Dempsey. Film work includes the upcoming "The Immigrant", starring Marion Cotillard, Jeremy Renner and Joaquin Phoenix, set to debut at the Cannes Film Festival this month; and "The Yards," his second feature and his first with Joaquin Phoenix who would become a frequent collaborator, going on to star in his next three films. His most recent feature, "Two Lovers," (2008) received nominations at the Independent Spirit Awards for Best Director and Best Female Lead.

Matt Titone, previously creative director at the Los Angeles office of B-Reel, has teamed up with Ron Thompson, former creative director at Saatchi LA, to create ITAL/C, a multidisciplinary creative studio in Los Angeles, CA. Both met at Saatchi LA in early 2009 where they were responsible for product launches for Toyota, including 4Runner, Avalon, Toyota Care and the Prius Goes Plural campaign. In 2011 Titone helped start the B-­Reel office in Los Angeles as creative director on all digital productions. While at B-Reel, he was responsible for such award winning digital projects as the Google Play Launch, Nike Winter site experience, Acura and Marvel's Avengers partnership campaign. Thompson has most recently been freelancing for agencies such as Office, BBDO, 72 and Sunny, TBWA/Chiat/Day and The Martin Agency. 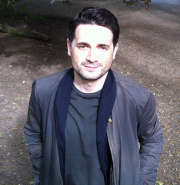 MPC New York has hired Tim Dillon as executive producer of digital/experiential. He most recently worked for four years as senior producer at Nexus Interactive Arts in London, and has more than a decade of experience working as senior producer and design lead for clients such as Coca-Cola, Google, Tate, Dewar's, Intel, TED and Lifetime's "Project Runway Catwalk".

Envision Media Arts (EMA) has signed director Jason House to its roster. House, who has already completed a series of commercial projects via EMA for Ford, Honda and Eli Lilly, has been editing commercials for over a decade and began to direct recently. His fine art photographs have been shown in galleries on the West Coast, and his film "The Gaskettes" is currently on the festival circuit.br /> 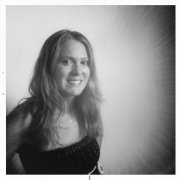 East Pleasant has hired Michelle Cuccuini Hicks as an executive producer. She joins East Pleasant following several years as head of production at Cause & Effect Productions in New York. Hicks has worked on spots for brands such as Gatorade, Apple, Gap, Michelob, McDonald's, Nike and Barack Obama's 2008 presidential campaign. She won an Emmy for her work on the Los Angeles Marathon, and multiple Emmy award nominations and a pair of 2011 PromaxBDAs for a Nickelodeon PSA campaign on Black History Month.

Carbon VFX has appointed Paul O'Beirne as senior producer at its New York office. O'Beirne joins Carbon from an eight-year tenure as senior VFX Producer at Smoke & Mirrors, where he worked on projects across all forms of media, including features, shorts, music videos, broadcast and commercials. He has worked on campaigns for brands including Coca Cola, BMW, Burger King, AT&T and Budweiser. Other work includes "The Dead Weather", directed by Jonathan Glazer; and "The New Tenants", directed by Joachim Back, which won an Oscar for Best Short Film. He has also worked for the UK's Channel for and at Smoke & Mirrors in London. 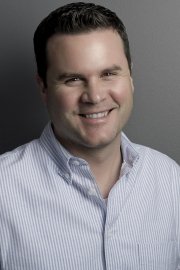 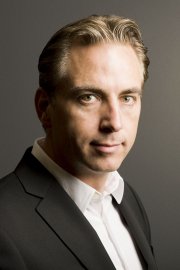 Design and animation studio Buster has hired Joseph Kiely as the company's new executive creative director for motion graphics, and Neville Burtis as executive creative director of its print, outdoor and digital division, BusterINK. Both men report to Buster's CCO / EP Jonas Morganstein. Kiely (left) spent the last ten years at Viewpoint Creative in Boston. There, he supervised makeovers for HBO and HGTV as well as consumer brands Staples, Lowe's and Timberland. He has also worked at agencies including DDB. Burtis (below) co-founded Art Machine, which later merged with Trailer Park in 2007. There, he worked on movies such as "The Dark Knight Rises," "X-Men" and "Star Trek."