From Acid-Wash to Zubaz, the '90s Show Signs of a Comeback

Time to bust out the crop tops and Zubaz pants. The '90s are back in style.

Google is seeing a steep increase in U.S. searches for various items worn by the casts of "Beverly Hills 90210" and "The Fresh Prince of Bel-Air." Queries for "round sunglasses" in June of this year were 22% higher than last June and 170% higher than June 2011. "Crop tops" increased by 150% from last year, while "acid wash shorts" was up 78% and "jelly sandals" rose by 40%. 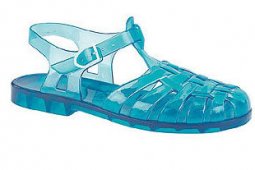 Are we really going to do this?

"If you use search query volumes as a proxy for the zeitgeist around the '90s, it probably started to come up at the end of last year and beginning of this year," said Google retail industry director April Anderson.

For those looking to revive their grunge looks but long ago tossed out their '90s garb along with the VCR and Walkman, no worries. Retail and apparel brands are stocking shelves with the once-fresh styles.

Boost in sales?
Even one of the biggest eyesores of the era, zebra-print Zubaz pants are making a comeback. Not only have Google searches in the U.S. for "zubaz" zoomed by 163% over last year, but as of July 1, Zubaz's online sales were up 47% over its 2012 mark, which had gained roughly 25% on the company's 2011 sales figures, according to Zubaz co-founder Dan Stock. He declined to give exact figures, but said "if the trend holds, we'll do some pretty good business compared to last year."

What's prompting the return of '90s threads? Some joke it's the result of kids raised on "Full House" and Furbys growing up to become BuzzFeed and Gawker writers penning odes that have repopularized the bygone era. Others blame pop stars who post pics of themselves on Instagram wearing the old-school looks.

That may explain why the '90s revival is strongest among those consumers who weren't yet born during its heyday.

"It's really the kids who are latching onto this," Mr. Stock said, describing Zubaz's customer base as "absolutely high school and college kids." The brand – which has seen its customer base broaden from 80% men two decades ago to a near 50-50 split between male and female customers -- has courted its adolescent audience by outfitting high school and college sports teams with its attire as warm-up gear. 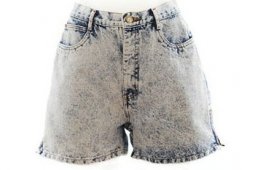 "People a little older remember the '90s and remember it in a more embarrassing way," Ms. Nelson said. "For people [like NastyGal's early twentysomething customer base] the first time around, it's new and different. That age range is more early-adopter than older customers and willing to try new things."

First!
At least one marketer, American Apparel, claims it was first to the revival.

"What a lot of people see as being '90s are things American Apparel has carried for a long time," said the retailer's marketing director Ryan Holiday. Those items had been usually sold online, but acknowledging that there is a trend afoot, American Apparel has begun carrying in its brick-and-mortar stores products that hadn't been available offline in previous summers: jelly sandals.

"We think jellies are going to be big this summer," Mr. Holiday said."Anyone can carry a product online, but to support it in retail is a sign of something having momentum."

Not all brands intend to capitalize on the '90s fervor. Backpack brand JanSport was one of the most popular of the decade, and it appreciates any emotional connection among its 18- to 28-year-old target customer base dating back to their middle school or high school days. But it's riding the wave. "We would not target or have language to target nostalgia that would fade when the trend passes," said JanSport marketing manager Anne Soderstrom.

'90s Trends We Pray Will Never Come Back

The rapid pace of tech innovations pretty much ensures that silly yet wildly popular toys of yesteryear like the Tamagotchi (remember that virtual pet you had to feed?) and the Nintendo Game Boy won't come back from the grave. But fashion's different. When it comes to style, everything that's old inevitably becomes new again. Still, some looks were truly just too awful to resurrect. Consider this our appeal to the fashion gods: Please, please, don't allow these five come back.

Umbros: Soccer shorts are meant for the field. Not the classroom or the local pizza parlor with your friends. But that didn't stop legions of teens from collecting these shorts of paper-thin material in all manner of vibrant colors and coordinating them with just-so scrunched socks and their favorite tee.

Coed Naked tees: Often spotted alongside Umbros, these lowbrow shirts were a disgrace in disguise. At first blush they seemed a way to rally around a favorite sport or hobby but really accomplished nothing but a lewd pun. To wit: "Coed Naked Billards: Get Felt on the Table." Everyone knew someone who got sent home to change by a strict teacher who didn't approve. 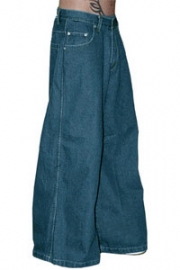 JNCO jeans: Less pants and more like hot air balloons attached to your legs, these were the ultimate badge of honor for skaters and ravers. Graffiti-like logos on the pockets let passersby admire artwork on your butt, while janitors smiled as you walked down the hallway, picking up dustbunnies with your hems.

High-Top sneakers: It was the basketball shoe every kid who didn't play basketball wore. This category of white leather sneakers with heavy soles was dominated by Reebok Pump and LA Gear, both ludicrous developments in footwear that came out around the same time. Celebrities helped fuel the popularity of both shoes, with Dominque Wilkins famously sporting the pump and Paula Abdul being recruited to market LA Gear.

Hypercolor shirts: Friends and strangers were invited to touch your body while donning one of these heat-sensitive tees made by Seattle-based Generra Sportswear, leaving their imprint on you. You'd yell at your parents for washing these in the wrong cycle, and if it got ruined they'd have to replace it. No wonder the company made a whopping $50 million in a four-month period. -- Rupal Parekh

Google is seeing an increase in searches for '90s fashion trends -- but there are some that shouldn't be revived.