Search for Kevin Spacey, Get Results From TV and Netflix

September 10, 2013 09:15 AM
Netflix will be offered on Virgin Media cable systems in the U.K., marking the first time the web-delivered service is integrated by a major pay-TV provider.

Netflix's subscription-video service will be offered on Virgin Media cable systems in the U.K., marking the first time the web-delivered service is integrated by a major pay-TV provider. 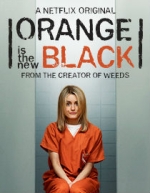 'Orange is the New Black,' a Netflix original series

Virgin Media, purchased this year by John Malone's Liberty Global, will begin testing Netflix with 40,000 customers who use TiVo set-top boxes, according to a statement. The feature, which requires a Netflix subscription, will be available this year to all 1.7 million of its TiVo users.

The agreement marks a breakthrough for Netflix, blurring the line between traditional pay-TV and so-called over-the-top services delivered through the web, such as Netflix and Amazon's U.K.-based LoveFilm. Virgin Media customers will be able to search for Netflix shows on the same on-screen guide they use to hunt for pay-TV programs.

"It's a huge win for Netflix," said Michael Pachter, an analyst with Wedbush Securities in Los Angeles. "Cable sees Netflix as a possible problem for them, an alternative to cable. This is an acknowledgement by Virgin that its customers want that type of service as well."

Virgin Media, based in New York, had 3.77 million customers at the end of June, all in the U.K. Of those, 44% percent use set-top boxes from TiVo, the company that pioneered digital-video recorders. That's up from 25% a year earlier, according to Virgin Media.

Pay-TV operators are struggling to adapt to a shift in viewer habits whereby more consumers watch shows on laptops, tablets, or even smartphones as they commute.

In an agreement reached last week after a one-month dispute, CBS Corp. obtained a significant price increase from Time Warner Cable while holding on to most out-of-home streaming rights, people with knowledge of the situation said then.

With TiVo's system, a Virgin Media customer searching for shows featuring actor Kevin Spacey would see on a single screen options for "The Usual Suspects" from Virgin Movies and "House of Cards," a Netflix original, said Gareth Mead, a Virgin Media spokesman.

"We're delighted to be bringing yet another groundbreaking service onto TV screens in millions of Virgin Media homes," Dana Strong, Virgin Media's chief operating officer, said in the statement.

While TiVo software lets users search on a single screen for content across pay-TV, online subscription services and on-demand sites, cable and satellite operators that offer TiVo boxes to their customers typically disable the feature.

"It's the first time Netflix has ever been added to an operator box," said Steve Wymer, a spokesman for TiVo. "It's a big deal, especially if it helps open the gates for operators globally to integrate and stream over-the-top content."

Customers will find Netflix shows on the same on-screen guide where they get pay-TV programs.