Just four years after Durham, N.C.-based McKinney bought back its independence from French holding company Havas, the agency is in talks to be acquired by Korean company Cheil Worldwide, Ad Age has learned.

Terms of the negotiations are not known. McKinney declined to comment on the matter and Cheil representatives did not return calls by press time. But according to multiple industry executives, acquisition talks have been heating up between the two parties in recent months.

Havas purchased McKinney -- which has been in business for about 45 years -- in spring 2001 from web consultancy MarchFirst for an estimated $30 million to $35 million. The terms of the buyback in June 2008 were not disclosed, but CEO Brad Brinegar said at the time it was a lengthy negotiation with Havas and he and other senior leaders at the company were eager to gain their independence due to the changing nature of client relationships. He also stated at the time that a move outside the confines of a marketing-services conglomerate would give McKinney a competitive edge, citing Procter & Gamble and other companies that have sought agencies outside of holding companies and hired independents.

The acquisition talks with Cheil follow a string of partners leaving the company. In April, McKinney's former president Jeff Jones left to become CMO at Target . Partners Doug Holroyd and Andrew Delbridge also both exited the agency in recent months.

After a bit of a hiatus, Cheil has been ramping up deal activity. Late last year it launched a joint venture with Omnicom Group to create a new U.K. media agency BMB Media. Before that , Cheil took a majority stake in U.S. digital shop Barbarian Group in the thick of the downturn, on the heels of purchasing a stake in London creative agency Beattie McGuinness Bungay in 2008.

The Korean network has been doing its best to beef up in the West, both in terms of geography and capabilities. But what it's really been searching for is a well-known, U.S.-based, traditional creative agency that could help anchor its stateside presence. The creative world is one that Cheil Americas President-CEO Buz Sawyer, who spent a large chunk of his career working at Wieden & Kennedy, knows best. 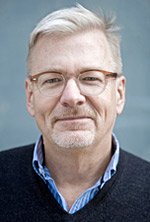 At the 4A's Transformation Conference in Los Angeles earlier this year, Mr. Sawyer said although he's got the budget for a few deals -- about $100 million is the figure he cited -- it's been difficult finding the right partners to align with.

Over the years, McKinney's performance in adland has varied. When it handled Audi in the '90s, it was considered a hotshop, but in recent years, it hasn't been the creative force it once was. From a new-business perspective however, it's picked up a bit of steam in the last several months, reeling in a few accounts such as GNC and Ruby Tuesday. It's largest account is believed to be Nationwide Insurance.

Also mixed: the reception to the agency's appearance on the first episode of AMC's reality show about agency life, "The Pitch," in which it competed against Wong Doody Crandall Weiner to pick up an assignment for Subway restaurants.

Just four years after Durham, N.C.-based McKinney bought back its independence from French holding company Havas, the agency is in talks to be acquired by Korean company Cheil Worldwide, Ad Age has learned.