Stephen Gillett Spent Less Than a Year at the Retailer

December 20, 2012 11:30 AM
Stephen Gillett, who took on some of the responsibilities of Best Buy Global CMO Barry Judge when he departed in May, is now leaving as well.

Stephen Gillett, who took on some of the responsibilities of Global CMO Barry Judge when he departed in May, is now leaving as well. Mr. Gillett was hired away from Starbucks to lead Best Buy's digital arm less than a year ago. He will be taking on the role of chief operating officer at Symantec Corp., a security software maker. 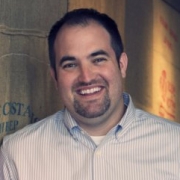 Mr. Gillett begins at Symantec on Dec. 21, leaving his duties to be reassigned to other senior executives at Best Buy. Those executives include Chief Administrative and Chief Financial Officer Sharon McCollam, President of Online and Global E-commerce Scott Durchslag and Shawn Score, senior VP-U.S. retail, Best Buy said. It's not clear who Drew Panayiotou, senior VP-marketing, will now report to. The company did not immediately respond to a request for comment.

This is just the latest in a series of senior departures this year at Best Buy. Founder Richard Schulze resigned in June after an investigation found he failed to tell the board's audit committee about allegations former Chief Executive Officer Brian Dunn was having an inappropriate relationship with an employee. Mr. Dunn resigned in April, and Hubert Joly, the current CEO, took charge in September.

As Mr. Joly works to improve service as customers defect to Amazon and Walmart, former chairman Mr. Schulze is seeking to take the company private. Best Buy said last week it extended until February a deadline for Mr. Schulze and his partners to make a proposal to buy the company.

With contributions from Bloomberg News.

Stephen Gillett, who took on some of the responsibilities of Best Buy Global CMO Barry Judge when he departed in May, is now leaving as well.