June 06, 2012 10:17 AM
Nickelodeon and Cartoon Network seem comfortable with existing programs to limit unhealthy food ads, so they may not follow Disney on food ads to kids.

Walt Disney Co.'s new restrictions on food advertising to children may increase attention to healthy eating and enhance the company's brand, but don't look for them to spur new ad policies elsewhere in kids' TV.

The media giant said Tuesday that it will no longer accept sponsorships or advertisements for foods that don't meet certain guidelines for Disney Channel, Disney XD, Saturday -morning programming on ABC-owned stations, kids' radio and its online properties. While all eyes are now on Nickelodeon, Cartoon Network and The Hub to follow suit, none of the new networks gave any indication that they are prepping their own new guidelines for food and drink ads.

That's mostly because they feel their previous pledges already address many of the concerns about kids and food marketing. They agreed in 2006 -- like Disney -- to not license their characters to unhealthy food products. And they have been following the voluntary guidelines of the Better Business Bureau's Children's Food and Beverage Advertising Initiative , or CFBAI. 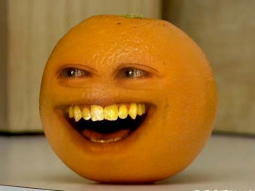 Cartoon Network next week is introducing "Annoying Orange," a show based on a YouTube series.

That industry program spells out guidelines that have been accepted by 16 participating marketers, comprising about 80% of kid-targeted TV advertising for food, such as McDonald's, Kraft Foods, General Mills, Coca-Cola Co., PepsiCo and Kellogg.

Those marketers said yesterday that they support Disney's new effort. "It would appear that our efforts align," General Mills said in an email to Ad Age , noting that it made a commitment in 2009 to reduce sugar in cereals. "We'll need to look at it more carefully to be sure."

Kraft said it advertises very few brands to children under 12. On the subject of Capri Sun drinks, singled out in coverage yesterday as an example of a product that would not meet Disney's new standards, Kraft said it believes Capri Sun 100% Juice and the Capri Sun Super V fruit and vegetable drink would qualify as healthy.

The industry's program sets rules for 10 categories, while Disney put forth guidelines for 17 categories, so it is difficult to make direct comparisons. Disney's rules seem slightly more restrictive in some instances. For breakfast cereal, for example, Disney only permits 130 calories per ounce, while the industry program allows 150 calories per serving (which is generally one ounce for kid's cereals), with room to go to 200 calories for denser breakfast cereals such as shredded wheat. But in the "big picture, they are very comparable," said Elaine Kolish, VP and director at the Children's Food and Beverage Advertising Initiative .

Disney's initiative, however, addresses the 20% of kids' food advertising on TV that isn't part of the existing industry guidelines. That puts pressure on non-signatories like IHOP and Chuck E. Cheese, who have been getting off scot free, said Margo Wootan, director of nutrition policy at the Children's Food and Beverage Advertising Initiative .

Of course, it's a bit easier for Walt Disney to adopt these stricter guidelines, with the junk-food ban seen costing it less than $7.2 million, according to Kantar Media estimates. This is less than 1% of Disney's total annual advertising sales, which came in at $7.6 billion last year.

Disney's most-watched kids' network, the Disney Channel, works on a sponsorship model and is not ad-supported; neither is Disney Junior. Disney XD accepts advertising but has a much smaller audience than the flagship. The biggest chunk of advertising dollars will come out of ABC's Saturday morning cartoon block.

"I would not expect we would be seeing a lot of individually developed standards," said Ms. Kolish, the Children's Food and Beverage Advertising Initiative executive.

But there could be a bigger problem not being addressed by any of the children's TV networks. According to a CFBAI study of Nickelodeon's advertising during one week in March, food and beverages only make up 23% of the total 1,163 ads in the sample.

"Ads for sedentary entertainment, such as show promos, movies or video games, were more prevalent," the study said.