Verizon Exec Tries to Structure Media Around People, Not Content

April 17, 2012 01:30 PM
Marketers should work toward a future where they're structuring media around people, not content -- so said Verizon digital marketing exec John Harrobin.

Marketers should work toward structuring media around people rather than content, said John Harrobin, VP-marketing communications and customer-relationship management at Verizon, an advertiser with more than $2 billion in U.S. measured-media spending. 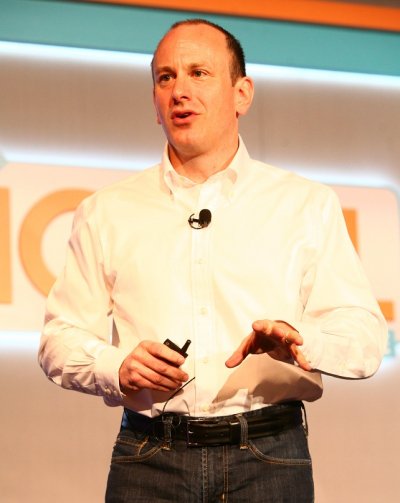 That's not to say Verizon is forsaking content companies. Verizon also advertises on Fox's music-competition show "X Factor" in prime time. But Mr. Harrobin said that even in such major-media moments he's looking to create new tools, "not just new messages." That took the form of an "X Factor" mobile-app companion to let viewers vote for their favorites.

He pointed to Nike Plus sneakers, embedded with microchips so that runners can track their routines. He showed the audience a pulsing map of New York created completely by runners' feet.

"This is human activity talking to us in real time," Mr. Harrobin said. "This type of data wasn't available to us a few years ago. With all these sensors, we can build these maps to gain insights about our brands and businesses."

Even the smartphones Mr. Harrobin helps market are "sensors in your pockets," he said. Phones such as those in Verizon's Droid line have accelerometers, which respond to the device's movement. One Boston-based startup, StreetBump, uses accelerometers to measure potholes -- when a phone in a car jumps after driving over a pothole, the app measures it and sends the data, with a GPS-coordinate, to a city database.

"Its not just about seeing the world with new eyes but about using tools and technologies to measure things we were never able to measure," Mr. Harrobin said. "We can then make connections between people and things. As marketers that 's what we're paid to do."