Martha Stewart Decides to Shut Whole Living Rather Than Selling It

December 07, 2012 09:51 AM
Martha Stewart Living Omnimedia, the company founded by Martha Stewart, will shut down Whole Living magazine instead of selling it.

Martha Stewart Living Omnimedia, the media and merchandising company founded by Martha Stewart, will shut down its Whole Living magazine early next year after deciding not to sell the publication. 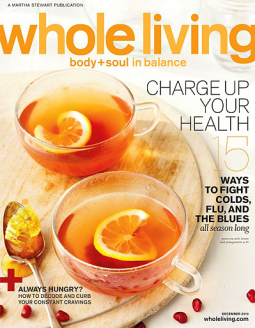 "The January/February issue will be the last issue of the magazine," said Dawn Bridges, a spokeswoman for the company. "The content will live on digitally within our website."

Martha Stewart Living Omnimedia said in November that it was entertaining offers for the magazine, part of an effort to slim down its operations and focus more on the web. It has similarly poured new efforts into online video as its daily TV presence has ended.

Today's move signals that no bid for Whole Living was high enough to make a deal worthwhile.

"One option was selling the magazine, and one would be to cease the print publication and integrate the content into multiple titles and platforms," Ms. Bridges said. "We chose the latter."

The company previously described the associated staff reductions in November, when it said it would lay off 65 to 70 employees as it sold or closed Whole Living and ceased publishing Everyday Food as a standalone title, turning it into a supplement to Martha Stewart Living. Whole Living employees had hoped, however, that a new owner for the magazine might welcome them into its ranks.

No bid was high enough to make a sale worthwhile.