Jesse Juriga, the BBH NY creative we named as one of our 2012 creatives you should know has been hired by Google, where he will be a creative director. Google is a longtime client of Juriga's: he was responsible for the celebrated Google Chrome campaign created out of BBH, including such classics as "Dear Sophie" and "It Gets Better." He has also worked at Droga5, where he worked on that agency's efforts for Puma, among others.

John Park has joined Mullen in San Francisco as creative director. Park comes from Goodby, Silverstein & Partners, where he spent five years as a CD working on HP, Netflix, Haagen-Dazs and Dreyer's. He also spent time as a senior copywriter at Ogilvy NY and as a copywriter at FCB, TBWA/Chiat/Day, The Martin Agency, and Wieden's Portland and Amsterdam offices. 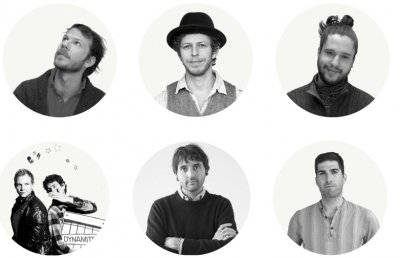 Brooklyn-based creative production company m ss ng p eces announces its first roster of directors: Sam Fleischner, who directed the feature film Wah Do Dem and was also behind branded documentaries for Samsung and Intel and music videos for Santigold and Panda Bear. He also worked with Ogivly on Amex's Twitter Sync program; Andrew Neel, another features talent who worked on documentaries like "Darkon," "New World Order" and "Alice Neel," and his latest effort "King Kelly"; Jordan Fish, a director/interactive talent who has collaborated with MGMT, Das Racist and Chairlift, creating the latter's interactive music video recently named to Buzzfeed's #1 clip of 2012 and director/designer/illustrator team Dark Igloo, aka Mark Richard Miller and Dave Franzese, who have worked with brands such as Google, Bonnaroo, GE and Pop! Tech.

The company's original directors Josh Nussbaum and Scott Thrift round out the lineup. Emmy-awarded Nussbaum, who previously worked as cinematographer to Barry Levinson on The Bay, has worked on branded content for Toyota and GE, the doc short Behind the TEDTalk, stop motion spots for Levi's and GE and also teamed with Alex Bogusky on Cannes Lion-winning spots for The Climate Reality Project. As for Thrift, it all started with him as the founding director, who also conceived the company's name. He's the man behind Cool Hunting video, the Sundance series Reset as well as ThePresent, an innovative clock that tells the time in seasons. Nussbaum and Thrift are both company partners, along with Executive Producers Kate Oppenheim and Ari Kuschnir. 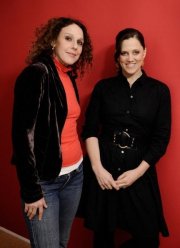 Directing duo Rachel Grady (left) and Heidi Ewing have signed to aWhiteLabelproduct for U.S. representation. The duo, who have been nominated for both Academy and Emmy awards, are known for films including "Jesus Camp," "12th & Delaware," and "Boys of Baraka." Their new film, Detropia, is focused on the city of Detroit, and premiered at Sundance and is up for an Oscar, as is "The Education of Mohammed Hussein," a short film for HBO that they worked on. "Commercial spots are the next and natural frontier for us. Our portfolio of work reflects societies more sobering topics, but we have another side we want to express in our filmmaking. We are excited to bring a lighter and more humorous side to commercial projects," said Ms. Ewing.

Director Xander has joined Backyard from production studio East Pleasant, joining directors Kim Nguyen and Seth Townsend at the production house. The former JWT NY agency producer turned to directing after he was given the opportunity to direct in-house at the agency. He has worked on efforts for ESPN Sportscenter, via Wieden & Kennedy New York and Royal Carribean's "Postcards from the Sea." 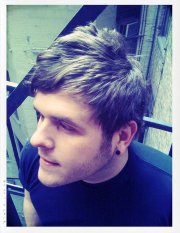 Detour Films signed director Bryce Wymer to its roster. Based in Brooklyn, Wymer integrated live action, graphic design, illustration, fine art and 2D animation in his work. He has worked on spots for Grey Goose, Hawaii and the Flat Earn, and also done concept designs for HBO's Boardwalk Empire, Ford, and Rockband 3. He is also a visual artist, with work displayed throughout galleries in New York. 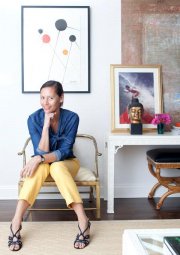 Native added Coliena Rentmeester to its roster. Rentmesster has worked on fashion commercials for companies including OpenSky.com, Clark's, Nordstrom, OshKosh and David's Bridal. She also co-directed Elizabeth Arden's "Pretty" and "Red Door" and work for J. Crew along with director and husband Tom Dey, who also is represented by Native. She is also a photographer: Her work has appeared in publications include W, The New York Times Magazine, Elle, and GQ.

Sonic collective Butter added composer Joel Dean (left) and associate producer Annick Mayer to its roster. Mayer was most recently at Saatchi & Saatchi, and has already been churning out work at Butter for a few months, for clients like Dunkin' Donuts, Marriott, Crown Royal and Domino's. Dean has previously done work for artists including Blindside, Reggie Watts and Doxi Jones, and in the commercial world, efforts for Chrysler, Lexus, AT&T and Ford among others.