GameStop Revamps Business to Ensure Success in a Digital Future

With Mobile Gaming Gaining Steam and Rumors That Microsoft, Sony Could Kill the Used-Game Market, Retailer Focuses on Data to Drive Sales

April 09, 2012 01:00 AM
GameStop's business model may be challenged, but the retailer is making moves to secure its place in the fast-moving gaming category.

GameStop's business model may be challenged, but the retailer is making moves to secure its place in the fast-moving gaming category. 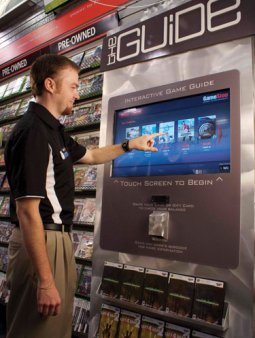 Most digital sales happen in real-world stores, given the difficulty of perusing titles online.
As consumers become increasingly preoccupied with social and mobile gaming (where games are often cheap or free), sales of consoles and physical video games are under pressure. And rumors have circulated that Microsoft and Sony could kill the used-game market by unveiling new Xbox and PlayStation consoles. According to reports, those consoles may use one-time codes that make trading -- GameStop's bread and butter -- impossible.

Still, the retailer, which in the most recent quarter saw sales decline 3%, to $3.58 billion, is evolving its business model and working to ensure its place in a digital future. It's positioning its stores as entertainment centers for discovery and using data to personalize service and drive sales.

The PowerUp Rewards program is at the center of those efforts.

Loyalty programs are ubiquitous in retail as a tertiary tool to retain customers. But Mr. Hogan has gone beyond the traditional points program, incorporating PowerUp into every aspect of the business and making it the focal point of his marketing strategy.

Establishing PowerUp was one of Mr. Hogan's first orders of business when he became CMO in February 2008. At the time, GameStop was focused on aggressive store growth. But when Mr. Hogan -- a veteran of Dean Foods and Frito-Lay -- joined, he saw an opportunity to get to know customers on a more personal level. 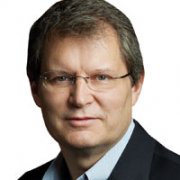 Mike Hogan
GameStop had the technology in place to track the hundreds of millions of transactions it processed annually and identify when they occurred, Mr. Hogan realized. It knew what items were sold and how big the sale was, but nothing about the customer. If 10 transactions were recorded, for example, it wasn't clear if 10 people had each bought one item or if one person had bought 10 items, Mr. Hogan said.

He began developing PowerUp in 2009 with agency Brierley & Partners, which created some of the first loyalty programs, for American Airlines and Hilton Hotels. The program was tested in the spring of 2010 and rolled out nationally that fall. Just a year and a half later it has more than 17 million members, tracks purchases of new, used and trade-in products, and offers members reward points for buying video games and downloadable content.

"We are using PowerUp to understand the consumer and what they want, and provide them with complementary purchases," Mr. Hogan said.

The rewards program also has an online library that lets members keep track of the games they've purchased, whether from GameStop or another retailer, and create a games wish list. That provides a bigger and more complete picture of customers.

"When Mike joined, his vision was to ride the growth mode, but he also wanted to develop a one-to-one consumer database and saw an opportunity in collecting data," said Amy Barnett, head of strategy at Brierley. "He resisted the temptation to make PowerUp simple. A lot of loyalty programs have no voice and only one value proposition. PowerUp is constantly evolving and adding new features, deals and experiences for members."

It has also helped create more valuable customers. PowerUp members trade in games three times as much as nonmembers, pick up reservations 10% more, open email twice as often and are five times as profitable, according to Janney Capital Markets analyst Tony Wible.

More than 65% of sales are attached to a PowerUp membership, and 20% to 25% of GameStop customers are PowerUp members. The average member spends about $400 a year.

The data from PowerUp has allowed Mr. Hogan to focus his marketing budget on direct campaigns rather than broader national TV, radio and print. GameStop works with The Richards Group and The Marketing Arm.

"We no longer need to put out mass-advertising campaigns saying "Call of Duty' is being released," Mr. Hogan said. "We know exactly which of our customers would be interested in a game like that , and contact them directly."

As a result, GameStop has reduced its budget for less-targeted advertising, sending out fewer mass emails and doing little in the way of national TV. It spent $26.3 million in measured media in 2011, nearly 18% less than 2010, according to Kantar Media. The company spent just $4 million of last year's spending on network TV and just $67,600 on national spot radio. GameStop allocated more to targeted media, spending $14.8 million on cable.

Most of its effort is expended not on measured media, but on personalized emails, social media, mobile applications and GameStop's in-store kiosks.

"We are getting hundreds of millions of impressions via direct marketing to PowerUp members for less than the cost of a single campaign using traditional media," Mr. Hogan said. "PowerUp allows us to be much more judicial or, we would say, efficient in our spend. There is extremely low waste, since everyone we are talking with has qualified in some way. The communication cost, being email or text or web, for the most part, is exponentially lower than trying to reach the same people through traditional paid media."

So far GameStop's efforts are helping to propel digital sales, which surged 57% last year, to $453 million. The company expects revenue from digital to hit $1.5 billion by 2014.

But that doesn't mean GameStop is ignoring its brick-and-mortar foundation. The retailer, which has more than 6,200 stores globally, is prudently managing inventory and capping square-footage growth. It expects to open 100 locations and close 150 in the U.S. this year, which will result in a 1% drop in square footage nationwide.

Still, Mr. Hogan noted most digital sales happen in real-world stores, partly because finding appropriate games among the hundreds of thousands of options online is difficult. "It is a mistake to equate physical stores with physical products and online with digital goods," he said. GameStop also uses in-store kiosks as a promotional vehicle for downloadable content.

Mr. Wible at Janney Capital echoed Mr. Hogan. "Even if the industry is going digital, it still needs a distributor," he said. "GameStop, through PowerUp and used business, is very good at putting the right game in front of the right person at the right time."

GameStop's business model may be challenged, but the retailer is making moves to secure its place in the fast-moving gaming category.