L.A.-based independent agency Ignited has promoted Jordan Atlas and Troy Scarlott to SVP/executive creative directors. Prior to joining Ignited in 2010, Atlas (pictured, left) was VP, group creative director at Digitas NY, where he co-ran the American Express OPEN and Comcast accounts. Prior to that, he spent seven years at Y&R where he led the creative efforts for Diet Dr Pepper, Sony, Bacardi and Pepperidge Farm.

Scarlott (left), joined Ignited in 2010 as VP, group creative drector to lead work for clients such as Sony and U.S. Olympic Committee. Previously, he was VP/group creative director at digital agency iCrossing Los Angeles, where he led integrated projects for Vail Resorts, Epson and Hyundai. Prior to iCrossing, he spent 12 years in New York at BBDO NY and JWT NY. 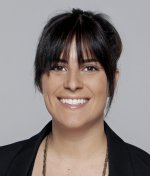 Lafferty joined CP+B in 2008, beginning as a traffic manager and most recently as integrated manager. She has worked on several accounts at the agency including Old Navy, Microsoft and Coke Zero. In her new position, she will continue to work closely with the agency's producers and will be responsible for supporting CP+B's vp, director of video production Chad Hopenwasser in the management of the department across all global offices.


Ghidotti moves from Santo to Ponce; Resn opens in Amsterdam; new ECDs at Ignited and more.