AT&T Ramps Up Attack Rhetoric While Touting Its $49 IPhoneOption 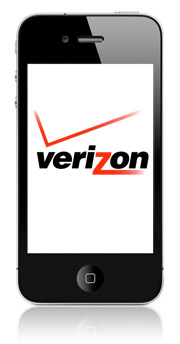 Apple gets another distribution channel for its iPhone, which has seen sales plateau in recent months. Because of that sluggish growth, Google's mobile platform, Android, surged past Apple as the No. 2 U.S. smartphone in November, according to ComScore. (Research in Motion's BlackBerry is No. 1.)

But now that iPhone will be available on the carrier with the most subscribers, we'll likely see iPhone sales pick up again significantly, giving Android a run for its money. After all, the multiple-carrier strategy worked for Google's mobile operating system: Since the platform is available on a variety of devices on various networks, Android has grown explosively.

"This battle as it's shaping up just re-emphasizes how the ball sits in Apple's court," said Charles Golvin, Forrester's mobile analyst. "It's about consumers wanting the iPhone, the carrier whether its AT&T or Verizon, is secondary to that."

So where does that leave the carriers? Duking it out over the details, most likely. AT&T is preparing an ad response, says one person familiar with the matter.

It looks like one AT&T exec has already gotten started: "The iPhone is built for speed, but that's not what you get with a CDMA phone. I'm not sure iPhone users are ready for life in the slow lane," AT&T PR head Larry Solomon told Business Insider.

That attack rhetoric is a far cry from AT&T's latest ad push, "Rethink Possible," which has featured decidedly warm and fuzzy oversize kids' drawings, Willy Wonka theme songs and taglines like "Expand your boundaries of can." Mr. Solomon's comment is more reminiscent of the carrier ad war of 2009, which pitted AT&T against Verizon on 3G coverage claims. Even Verizon has moved on from its "Map for That" attack ads. The No. 2 U.S. ad spender dropped the "Map" agency, McCann Erickson, New York, and has been focusing on the Android-running Droid phone and more brand-focused ads with McGarryBowen. However, the first Droid campaign, "Droid Does," took aim at all the things iPhones don't have, like a physical keyboard and, at the time, multitasking or the ability to run several apps at once.

Now that both carriers have the same device, the ad battle lines are shifting. Price is already one point of difference. Last week, AT&T slashed prices for the older iPhone 3GS to $49. It could be a draw for consumers who want to get a smartphone but don't want to pay premiums for the latest and greatest. Despite all the smartphone furor in 2010, only 37% of new-phone buyers opted for smartphones in the U.S., said Ramon Llamos, mobile analyst for IDC, adding that high price points was one factor. (To compare, the newest iPhone 4 retails for as much as $299 on AT&T's site today.)

AT&T can also point to a benefit that's been touted in Apple's own ads from TBWA Media Arts Lab. AT&T iPhones let users surf the net or apps, while simultaneously talking on the phone. That's not possible on Verizon's network.

For its part, Verizon will be offering an unlimited data plan for iPhone, reports The Wall Street Journal, which is no longer available on AT&T. For new subscribers, AT&T implemented tiered data plans, which make heavy mobile internet users pay more, this summer.

This announcement also follows AT&T's first 4G claim, and considering there aren't strict definitions of what's basically a marketing term for faster mobile internet, carriers have already begun to draw lines in the sand with ads to pit one 4G against the other.

For overall smartphone leadership, the marketing efforts won't simply be focused on iPhone. Verizon has already made a sizable investment in Droid, its own line of Android devices, and to compete with AT&T's existing lead, it'll need to continue to support Droid.

"Verizon's position toward iPhone is more likely to be: 'We have iPhone now,' not a big whiz-bang marketing effort," said Mr. Golvin. "Because they can't afford to leave Droid in the dust, because it affords them customization and a place for their own branding."

AT&T's three-year iPhone exclusivity has propelled the No. 2 carrier into an early lead in smartphone market share, but to keep that lead, AT&T has also heavily promoted other smartphones such as Windows Phone and Blackberry Torch.

Last year, 61% of AT&T's smartphone subscriber base were iPhone users, while 31% of Verizon's smartphone base used Android.