Bill Oberlander has joined JWT, New York, as executive creative director, where he will oversee the Microsoft commercial business.Most recently, Oberlander served as the chief creative officer and exec VP of Cossette New York, where he worked on Est?e Lauder, Carlsberg Beer and Cannondale Bikes, as well as other blue-chip brands. Prior to Cossette, he was executive creative director at McCann Erickson, where he pitched and won the $350 million Intel business. Before that, he also spent time at Ogilvy on Motorola, AT&T Wireless, Sprite, Ameritrade and Nestl? Waters.He also currently teaches advertising at the School of Visual Arts in New York and serves on the Ad Council Creative Review Committee.

Wieden+Kennedy has named Jeff Gillette to the new role of integrated creative director, and has promoted Karl Lieberman and Ryan O'Rourke to creative director. Mr.Gillette comes to W+K from Google Creative Lab, where he was creative director for close to two years, working on Chrome, Search, YouTube and other Google properties. Prior to Google, he was an assistant creative director at Crispin Porter + Bogusky, working on brands such as Volkswagon, Geek Squad, Burger King, Ask.com and Coke Zero. Lieberman joined W+K in 2008 as a copywriter, and has since done work for clients such as Nike, Target and Old Spice, most recently co-creating the Procter & Gamble "Proud Sponsor of Moms" Winter Olympics campaign with O'Rourke. He will continue to work on the Procter & Gamble account in his new role of creative director. Prior to W+K he worked for TBWAChiatDay, Mother and Euro RSCG. He has been recognized for both digital and traditional work over the years, and is the recipient of Cannes Lions, One Show Pencils, D&AD Pencils and a Gold Effie. O'Rourke came to W+K, Portland, from Crispin Porter + Bogusky in 2003 as an art director and, since then, has worked on Nike projects such as Human Chain, Fate, Leave Nothing, Gamebreakers, The Michael Vick experience and last year's award-winning LIVESTRONG campaign. He worked with Lieberman on the P&G account before his promotion. He has won many industry awards for his work, including Cannes Lions, One Show Pencils, D&AD Pencils, Clios and ADC Cubes.

Filmworkers has promoted Tyler Roth to colorist. Roth, who joined the facility just two years ago as an assistant colorist, has worked on numerous projects over the past nine months as a final colorist including commercials, music videos and new media. Among his credits as colorist are commercial campaigns for Walgreens, Miracle Whip, AT&T and Harris Bank. His latest project, a campaign for the Illinois Lottery and Energy BBDO, broke this month. 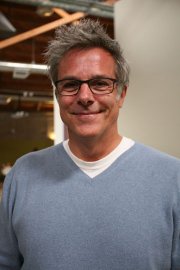 Digital studio Radium/Reel FX has brought on executive producer Dan Bryant, who will be based out of their Santa Monica studio. Bryant comes to Radium/Reel FX after a run as a freelance producer for agencies DDB Worldwide, Euro RSCG and GSD&M, and digital studios Blind, Buck, Digital Kitchen, Shilo and Troika. Highlighting his freelance producing career are numerous Super Bowl commercials for Budweiser and Bud Light, including the Budweiser Clydesdale spot "Team," which was voted the #1 Super Bowl spot of 2008 in the USA Today readers' poll. Mr. Bryant previously served as executive producer for Area 51 Films, The Joneses, Swietlik Editorial (now Cut & Run), and Backyard Productions. 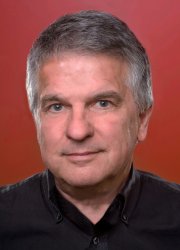 Creative director Michael Winslow has joined Chapel Hill agency Craig Jackson & Partners. Winslow began his 30-year career at McKinney & Silver in Raleigh and has received industry honors for campaigns on behalf of Royal Caribbean Cruise Lines, Duke Health Systems, Glaxo Wellcome, BB&T, North Carolina Travel & Tourism, Volvo Trucks and many others. In 2008, the Raleigh-Durham chapter of the American Advertising Federation awarded Winslow its silver medal for his contributions to the advancement of the industry's creative and professional standards, and in 1999 he was inducted into the North Carolina Advertising Hall of Fame at UNC. He will serve in a senior creative and management capacity at CJ&P.