It's time to shift automotive media strategies to a higher gear

The new marketing plan for cars necessitates large-scale partnerships that can adapt to consumer needs and behaviors over the long term. 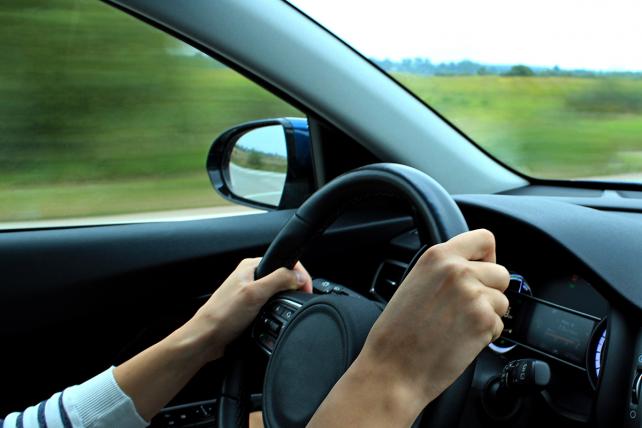 "TV Networks Beware: Auto Ad Spending Will Slow to a Crawl This Year": So declared a March 4, 2019, Ad Age article that assuredly ping-ponged across the desks of all media sellers.

Publicis Groupe-owned Zenith projects that in 2019 global automotive ad spending will only grow 0.8 percent, down from 1.5 percent in 2018. By 2020, Zenith expects automakers to spend about 24 percent of their ad budgets online.

We, as employees of a company with some of the most pervasive TV networks across all platforms, say: "Bring it on!"

Mass-market campaigns still hold the potential to make a big splash, so blockbuster events—sports championships, award shows and so on—continue to offer a key platform for brands to advertise a new direction or introduce new vehicles.

Yet, a growing number of auto advertisers have recently opted out of big broadcast spends in favor of allocating budget to a greater number of smaller-scale digital campaigns. One notable one: For the first time in a decade, Fiat Chrysler chose not to participate in the Super Bowl bonanza, instead running seven online ads for Jeep as part of their "Big Game Blitz" strategy.

To attract new customers and retain existing customers, car companies have begun to focus on making experiences more personalized, connecting with customers in a less one-size-fits-all way. Buying a car is an emotional purchase, and some of these marketing initiatives have been squarely focused on making that emotional—and experiential—connection:

But as the Zenith report stated: "Television remains the best channel for conveying emotional brand images and sustaining them over time." The traditional television experience is undergoing huge shifts with the growth of streaming video services, over-the-top television, and direct-to-consumer platforms, and the advent of targeted ads and addressable TV. The most successful campaigns combine a strategic use of targeted linear advertising along with digital and social for a true cross-platform activation that engages consumers and achieves results.

Much more granular viewing data—once the sole province of digital—is available to marketers, who can now select highly tailored audience segments with the highest likelihood of interest in their particular offerings with equally tailored messaging to fit those specific sets of viewer wants, needs and interests. And we've seen these capabilities put to use with great effect for clients: Recent auto campaigns run on WarnerMedia's television properties, optimized on the basis of audiences rather than traditional demos, showed a 22 percent average lift in performance.

This is an exciting development. Marketers will eventually be able to coordinate more-sequential messaging and move prospective car buyers toward a purchase, despite increasing numbers of buyers skipping parts of what was once thought to be a more linear progression to a sale. So, the conversations with auto marketers don't have to be about what platforms are better than others. They can be about focusing on their business goal and delivering nimble solutions that address them.

There are myriad strategies for auto marketers to implement their campaigns, but the greatest challenge is how to combine all these incredible opportunities into one cohesive plan that makes sense for their brands? The answer lies in marrying the advances in technology with content to provide consumers with new experiences that are outside the traditional media world yet still tied to the IP of the content creators.

The next-generation media marketing plan will involve cross-platform activation: For example, a marketing campaign that starts as an ad leveraging assets from a movie could also live as an interstitial spot on a streaming service, as well as a commercial before every movie in the theater or aired on television. If the content is right, it will be able to live across all platforms. What's more, with the advent of 5G, everywhere you go, your content is going to go with you, from auto dealerships to retail locations to experiential hubs.

The old paradigms no longer apply. In the new media model, whatever will drive better content partnerships is paramount. And the drive to change the level of partnerships in a lasting way may require brands to sacrifice the security of just having a good couple of weeks or even months.

This new and emerging engagement approach requires deep institutional partnerships to achieve the most successful results. Success is driven by sophisticated analytics and data, and even more so, the creativity to activate and engage consumers across their auto journey.

The new marketing plan for cars necessitates large-scale partnerships that can adapt to consumer needs and behaviors over the long term.