What marketers need to know about the federal media-buying investigation

April 01, 2019 04:00 AM
Marketers�"both companies as a whole and individuals working for them�"face potential scrutiny and even criminal charges. Here's what to look for. 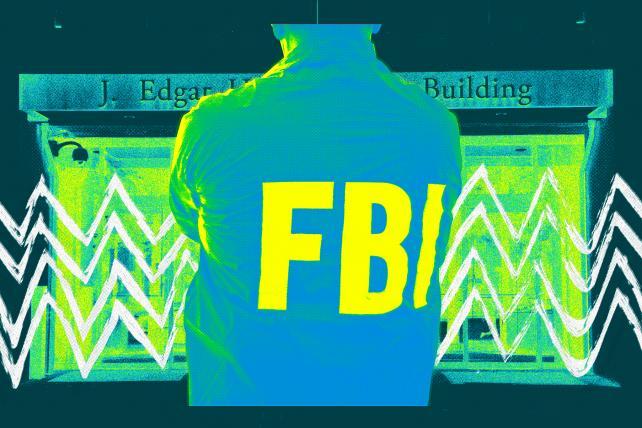 The ongoing investigation into U.S. media-buying practices has entered a critical phase, with a federal grand jury issuing a subpoena to a large marketer in the nearly year-old case. The development shows that the U.S. attorney has accumulated enough evidence to convince the jury of probable cause to subpoena a client's records.

Agencies have long been at risk in the probe, which focuses on issues like undisclosed rebates. But marketers—both companies as a whole and individuals working for them—face potential scrutiny and even criminal charges, even though that may be unlikely.

People familiar with the matter, who wouldn't disclose the identity of the marketer that was subpoenaed, or its agency, see no evidence that this company did anything wrong. But the development shows that marketers need to be aware of potential pitfalls. Below, five things to watch.

Marketers can be subpoenaed even without going to the FBI

The Association of National Advertisers last year passed along the Federal Bureau of Investigation's request that members come forward with evidence of potentially fraudulent agency practices such as undisclosed rebates or principal transactions. But marketers may get subpoenaed even if they don't come forward. At minimum, this means added legal and record-collection costs, plus a need to ensure that confidential records turned over to the feds don't become public.

Client execs should lawyer up

Again, there's no indication yet that any marketers are targets of the investigation. Even so, marketers questioned by the FBI probably should have their own counsel, friendly interrogation or not. Corporate counsel will probably be involved, too, but individual marketers may need their own (see below for reasons). Even a casual observer of special counsel Robert Mueller's probe of Russian interference in the U.S. election will note how many charges involved alleged lying to investigators.

The ANA, in a white paper last year, estimated potential "overcharges" from non-transparent practices over five years at $680 million to $800 million industrywide. Agencies, or people involved, have plenty of incentive to keep from losing that money or paying it back.

Though it's relatively penny-
ante stuff, the industry long has been rife with tales of client executives who insisted on, or eagerly awaited, certain gratuities from media companies, sometimes passed through by agencies, like tickets to the U.S. Open or other events. One former agency executive describes it as the "I need a swimming pool" observation thrown into a conversation.

Marketers may have had other, subtler incentives to turn a blind eye to what their agencies did. Several industry consultants have noted reluctance by marketers to reveal to executives higher up the chain of command that agencies they supervised got away with anything improper.

Then there's the golden ration. Chief financial officers and general managers at many companies long have insisted that marketers hit certain ratios of "working to non-working media" (i.e. ratio of paid media to agency and production fees) in their budgets as a sign of efficiency. Whether that's a good idea is hotly debated, but it's often a rule regardless.

One way to improve this ratio would be to let agencies pocket undisclosed rebates on media deals instead of charging fees. Another would be to have agencies act as principals in media deals, reselling media directly to clients at a markup, even if they were only authorized to get paid fees as agents. Both these practices make the media line look bigger, the fee line look smaller, and the ratio look better.

Or, a marketer being evaluated based on delivering cost savings could have an incentive to ignore signs that a media agency was meeting that target by buying low-quality digital inventory rife with fraudulent audience numbers, as one consultant describes the practice.

If investigators find evidence that a marketer knew of but failed to report an agency's undisclosed media rebates, principal transactions or substandard ad buys—for whatever reason—it could constitute not only fraud but also conspiracy. Any agency, or agency employee, facing potential charges from the feds, could try to bargain for immunity by implicating clients.

The FBI told the ANA last year that it expects the investigation to last years. The client subpoena supports that notion, as does the revelation that the FBI has identities of all 41 unnamed sources in the K2 Intelligence report the ANA commissioned in 2016 to look into agency practices.

One concern some ANA members expressed in 2015, after the group commissioned former MediaCom CEO Jon Mandel to report on rebates and other non-transparent practices, was that the attention would ultimately lead to a federal investigation casting the whole industry in a bad light, according to a person familiar with the matter. The ANA and 4A's quickly formed a task force to come to an agreement to resolve differences, but that effort went nowhere. Now, the matter has moved out of the hands of the ANA and 4A's and into the FBI's, which may keep grinding away and generating questions about the integrity of the industry for years.

Marketers�"both companies as a whole and individuals working for them�"ace potential scrutiny and even criminal charges.